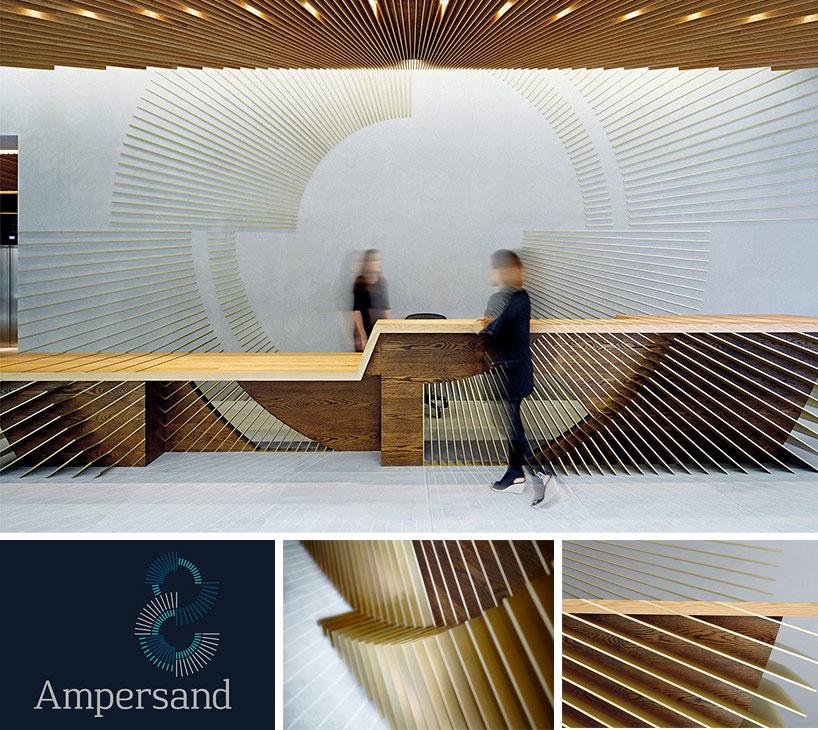 In perhaps one of the most complete and novel displays of fusion between branding and architecture, UK creative firm Hingston Studio was commissioned by London’s Ampersand Building to design a logo. The clean and modern take on a time-honoured symbol of concatenation is refreshing on its own. The lines radiating along the ampersand’s points of convergence present a design that is clever and easy on the eyes. The logo was received so warmly that it would be implemented as central motif of the building’s reception lobby. While logos on walls in such areas are not an uncommon, the designers sought for more dramatic effect, using unconventional materials and multiple levels of dimension. The logo is effectively baked into the lobby, extruded from its environment with its trademark lines converging through walls, desks, furniture. The result is an effective focal point that catches the eye, and naturally draws in newcomers. The building process was also quit laborious and intensive, as described by Tom Hingston in his interview with designboom:

“Although the scale and scope of the design created a number of different challenges, some of the specifics have been truly mind-boggling! our design required the work of 8 people, across 4 different trades, over a total of 2,626 hours. this doesn’t include the 3 weeks to conduct the on-site installation. the ceiling raft craft was crafted from 2 logs of oak veneer over a period of 3 months. for the back wall, the total length of brass used was equivalent to a circuit of an olympic running track. the reception desk itself literally weighs a tonne. one tonne of solid american oak, bespoke and polished brass slats along with the two steel supports that were needed to be the framework. to accurately align the desk with the radial array on the concrete wall behind it, the brass slats had to be each individually cut by laser.” 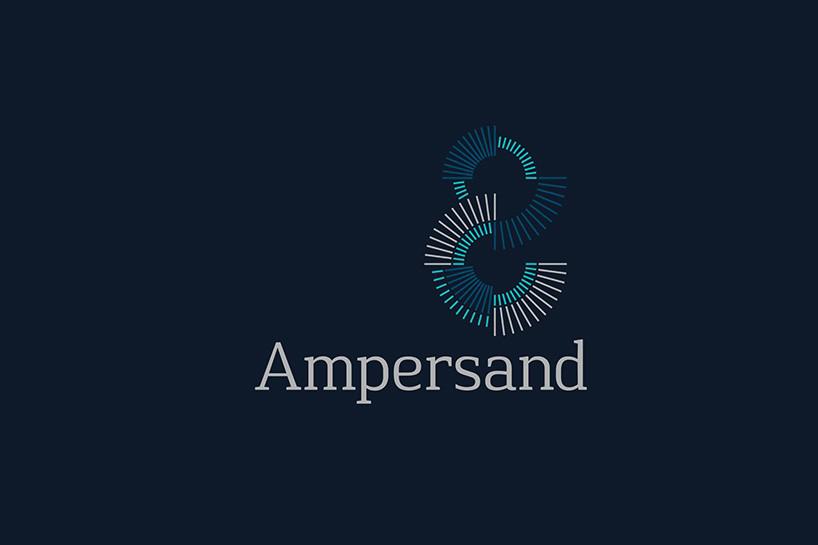 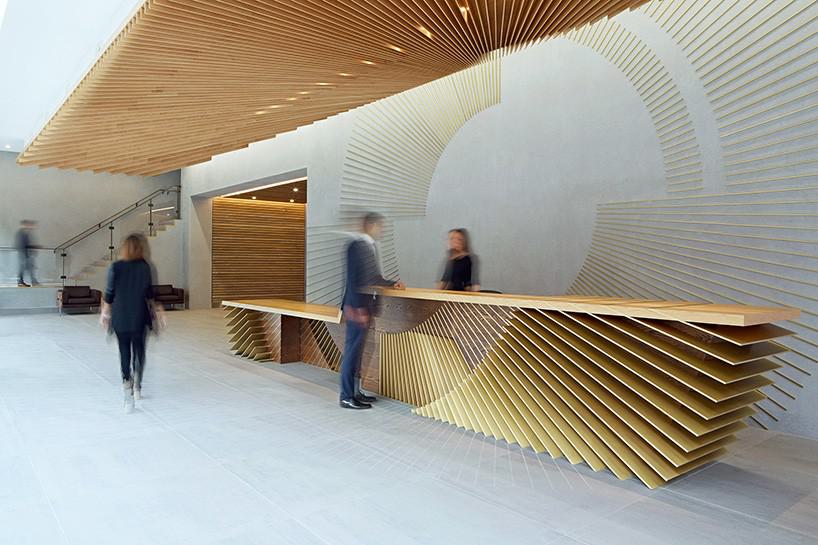 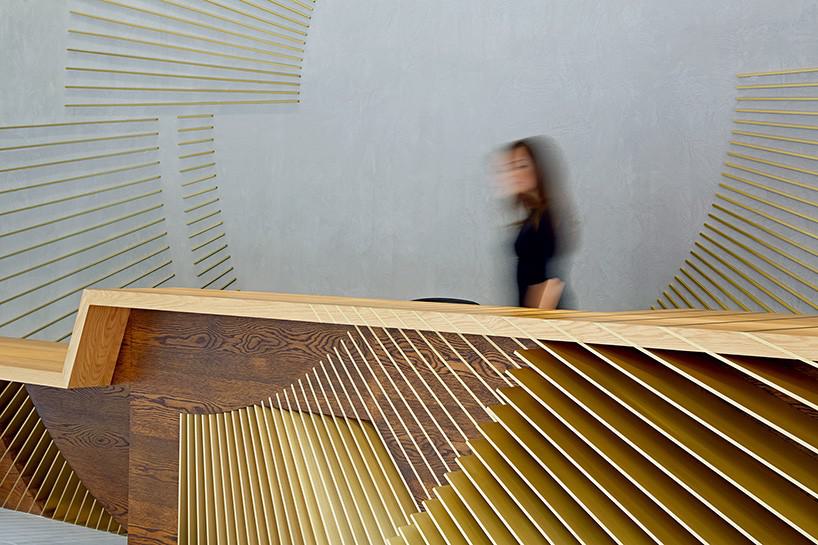 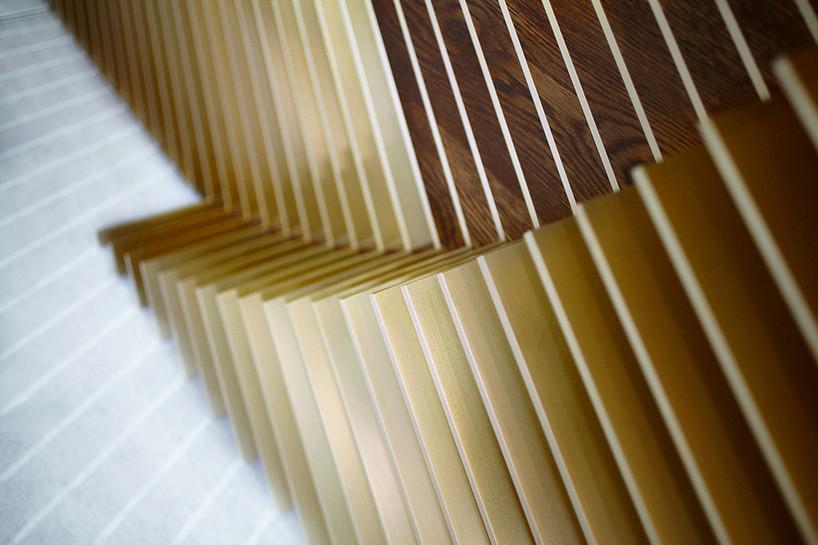 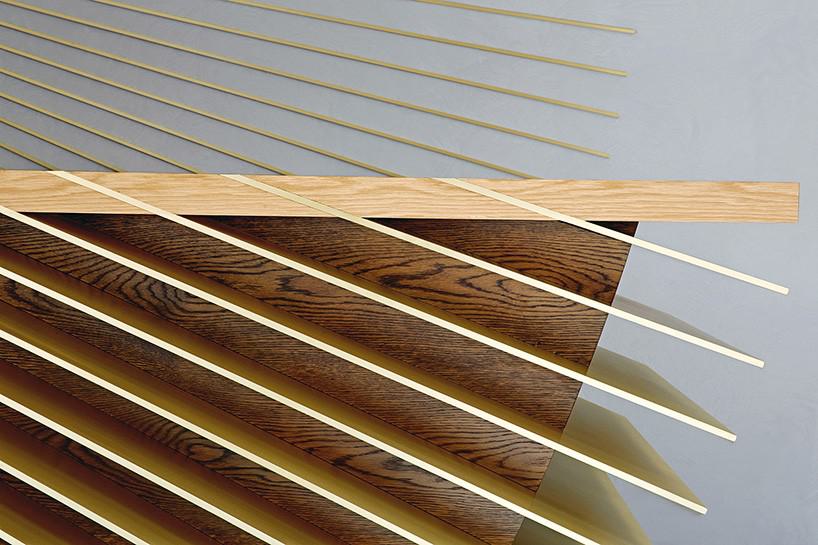 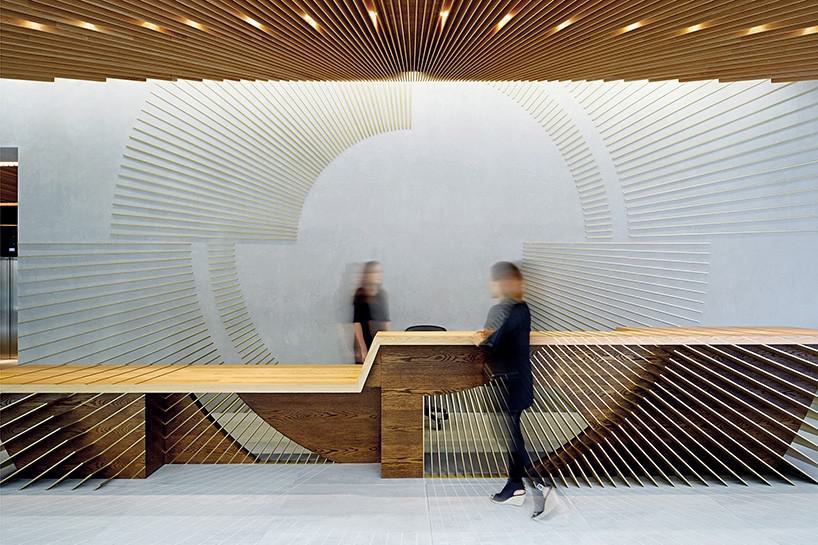 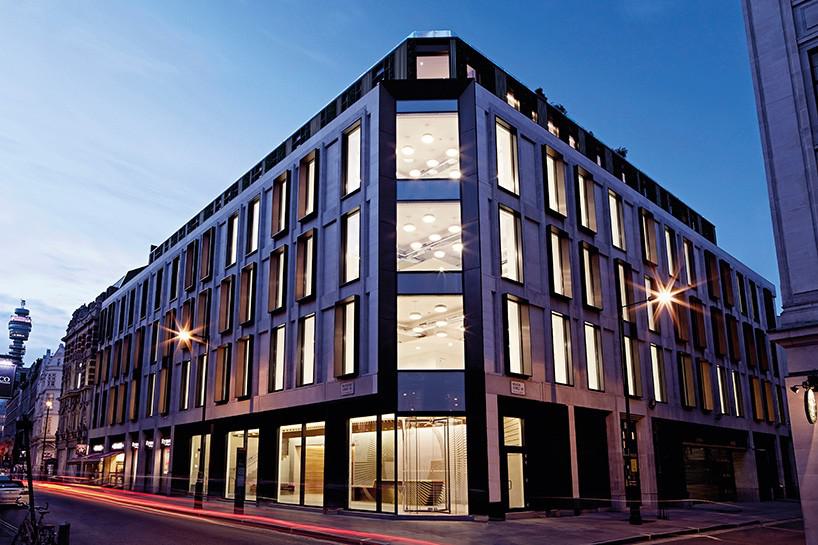