The Surreal Cityscapes of Mathew Borrett 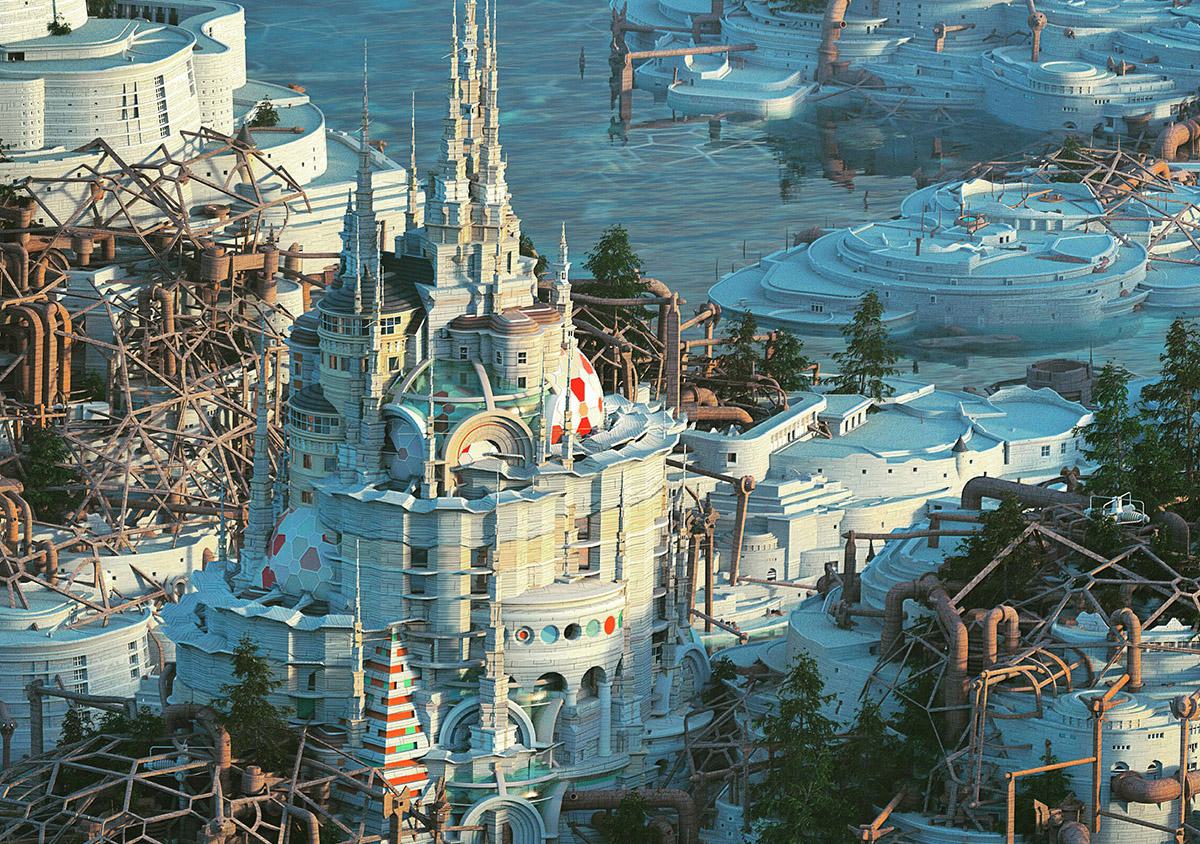 Toronto illustrator Mathew Borrett demonstrates a love for architecture and fantasy in these elaborate, otherworldly cityscapes, which are the product of a lifelong obsession with Legos, hay forts and computers. Mathew has always had a penchant for building things. As a child, not only would he build intricate buildings, interiors and cities, but he would pick his favorite designs and turn them into digital schematics so he could reproduce them at a later date. This obsession with detail and the creation of habitats via algorithms has sent the Ontario native on a visual journey through time and space as he picks up visual cues from classic and modern architecture. From stone and wood, to steel and glass, Mathew’s creations span the epochs as he pushes the limit of building to surreal heights and staggering complexity.

In his own words:

“I’m interested in exploring ways to digitally automate the creation of vast scenes, and use them as foundations for large drawings. I opt to allow a large amount of chance into the proceedings, a partnership of sorts which greatly enhances my sense of discovery while making the work. ‎I begin by modeling a set of building blocks - rocks, trees, buildings, abstract shapes. Then I arrange thousands of duplicates of these across a terrain. Some of these are positioned by hand, but mostly it’s accomplished by programming a set of rules to guide their placement […] After much exploration and layering of complexity, the final stage is to fix the pattern into a rendered image. I paint into it, adding a layer of subtle hand-drawn detail. Features are enhanced or pushed back in order to create a more balanced composition.” 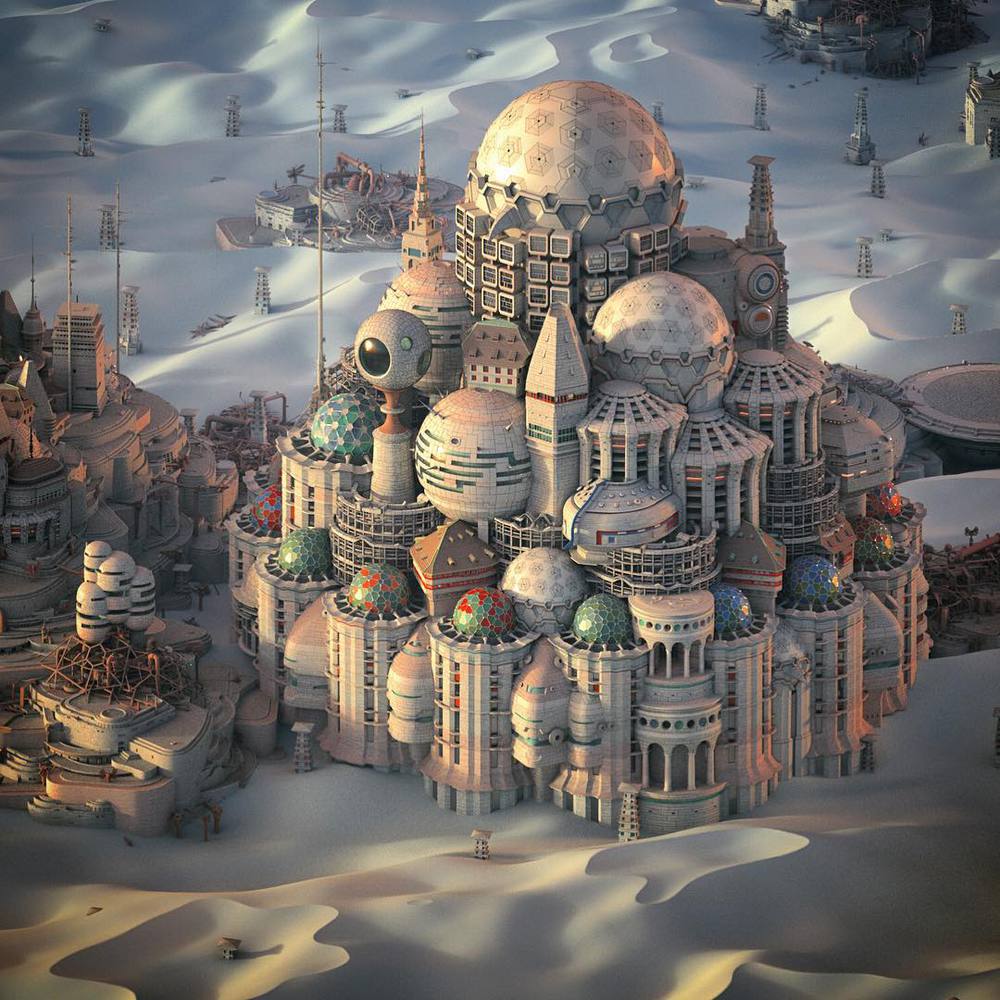 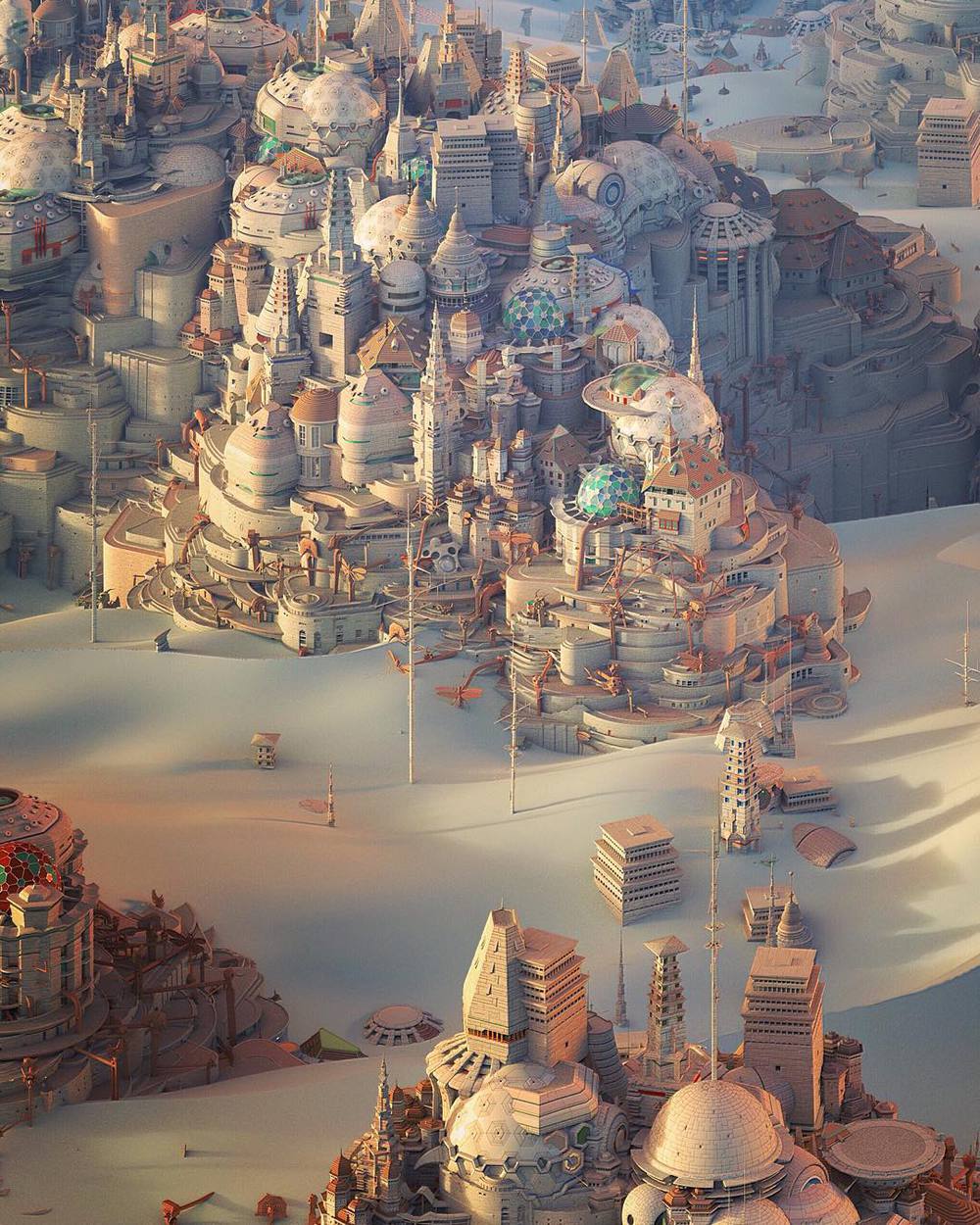 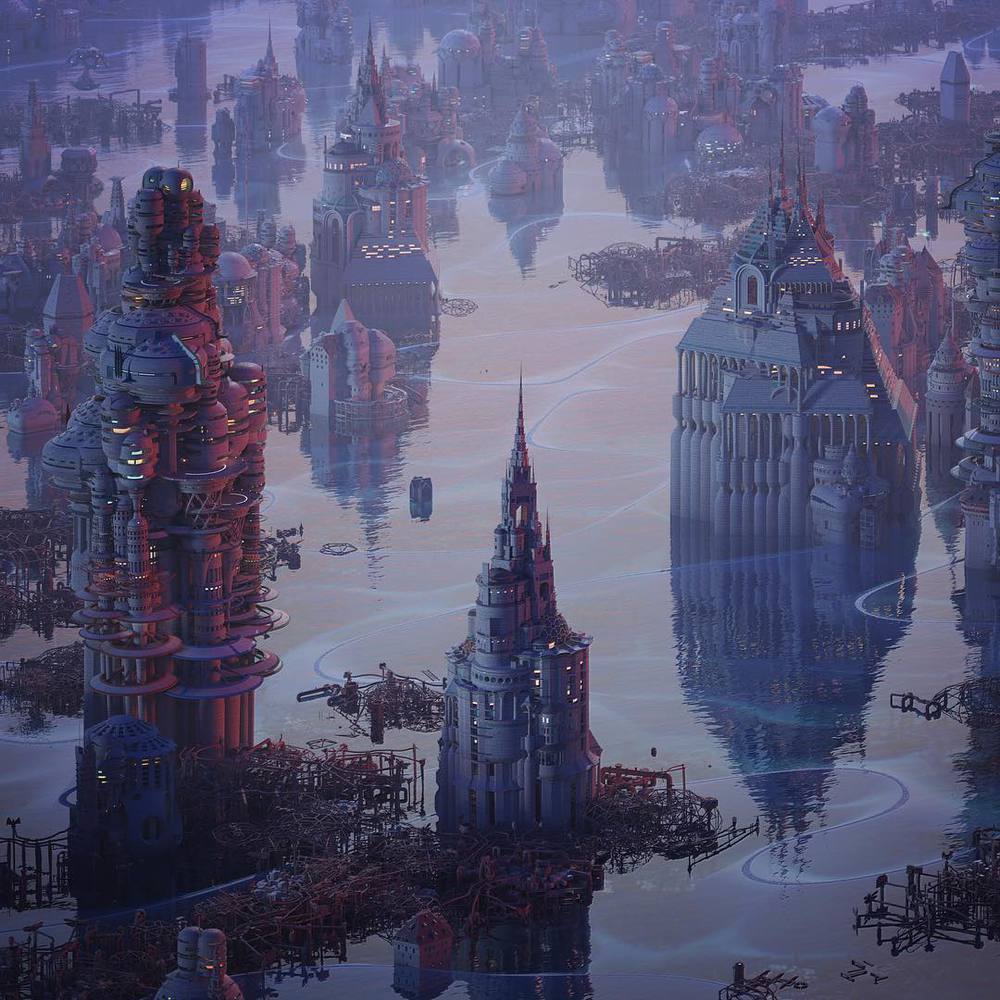 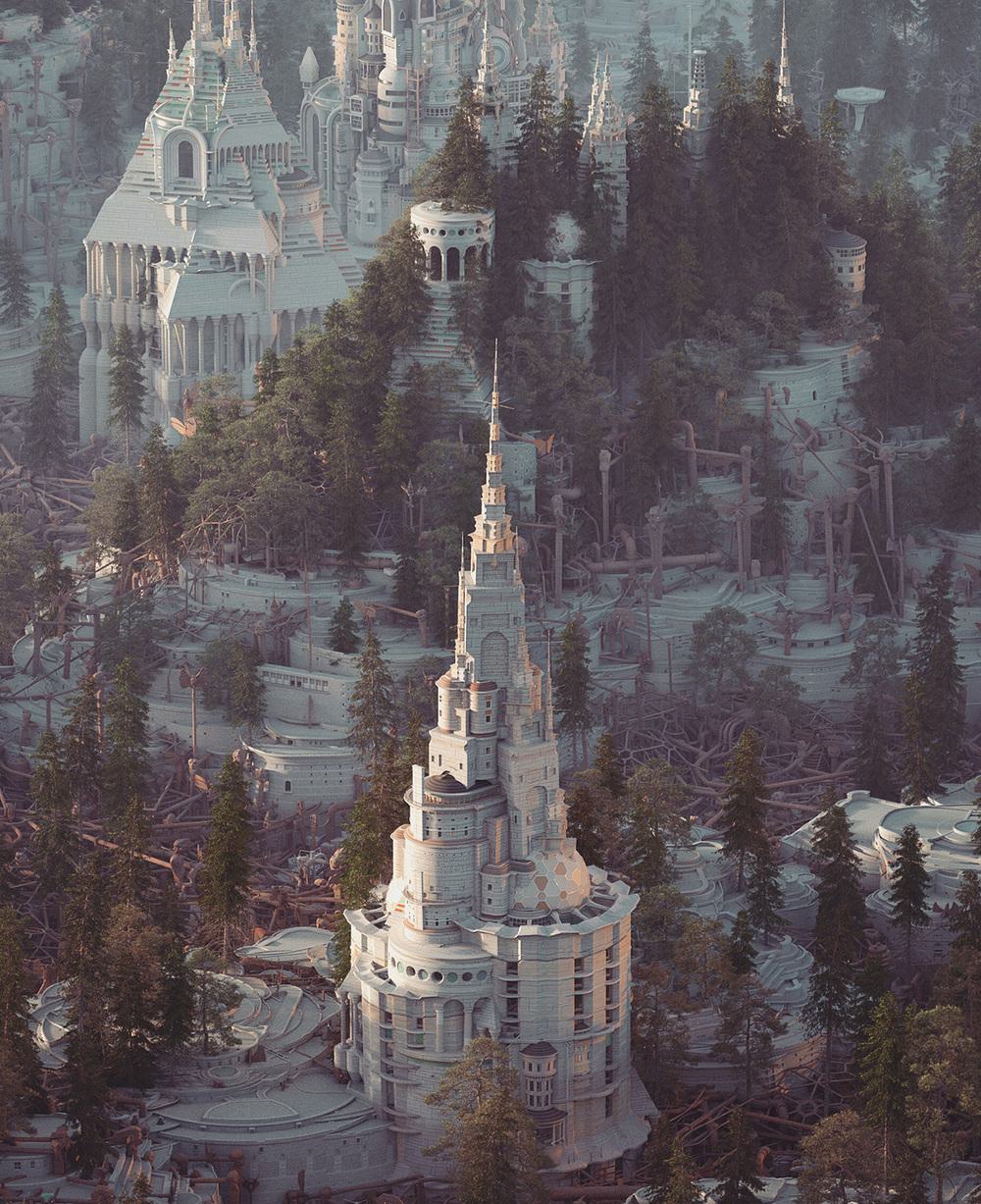 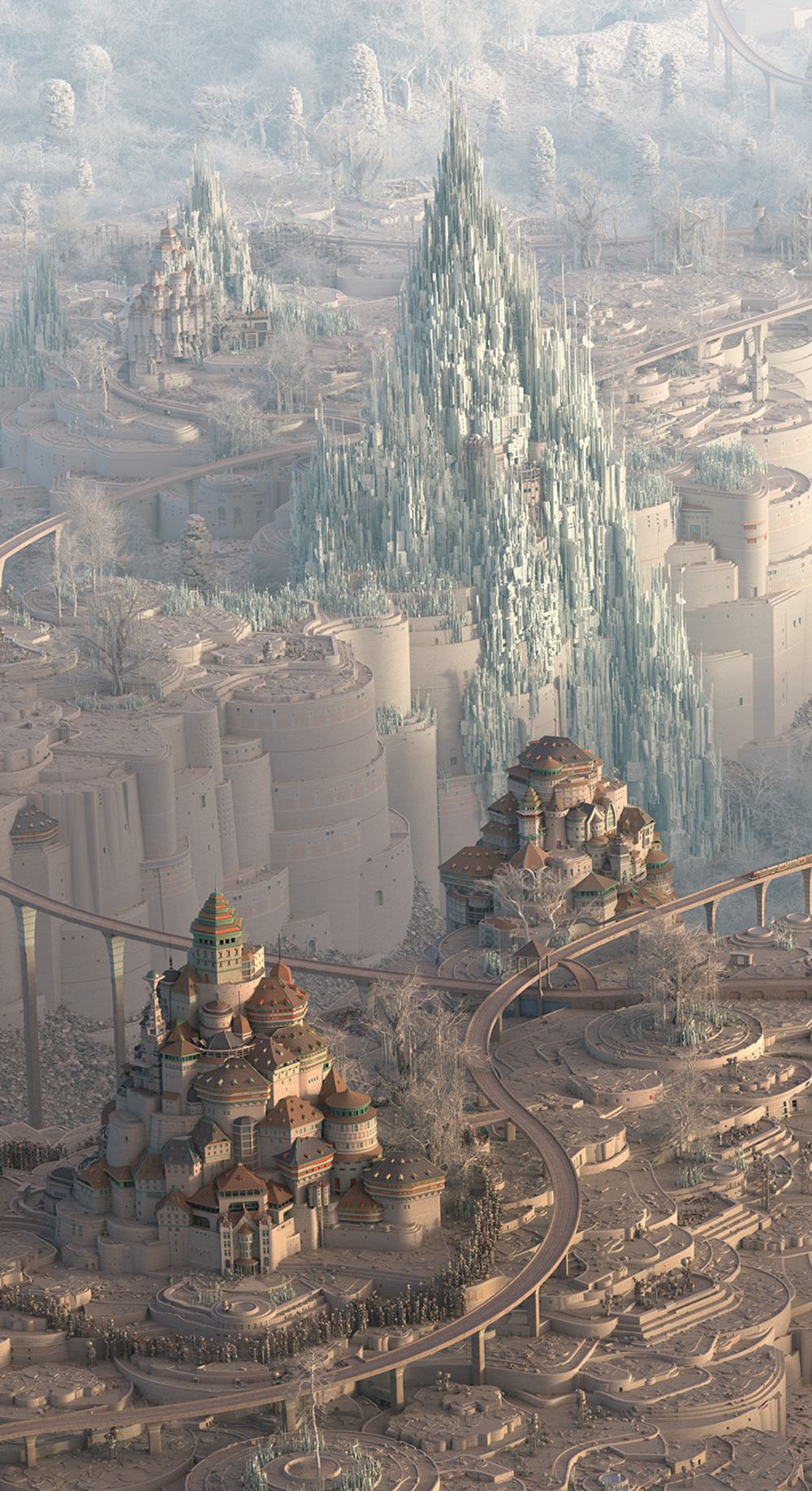 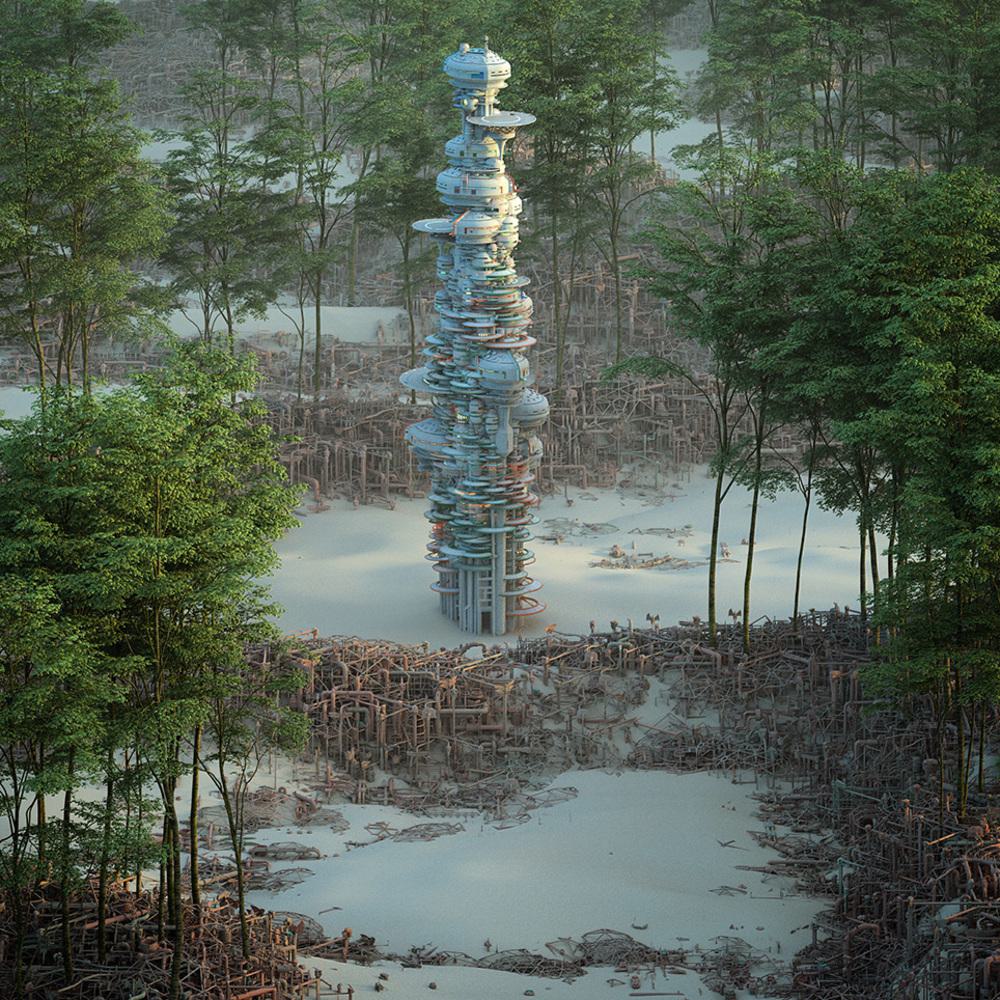 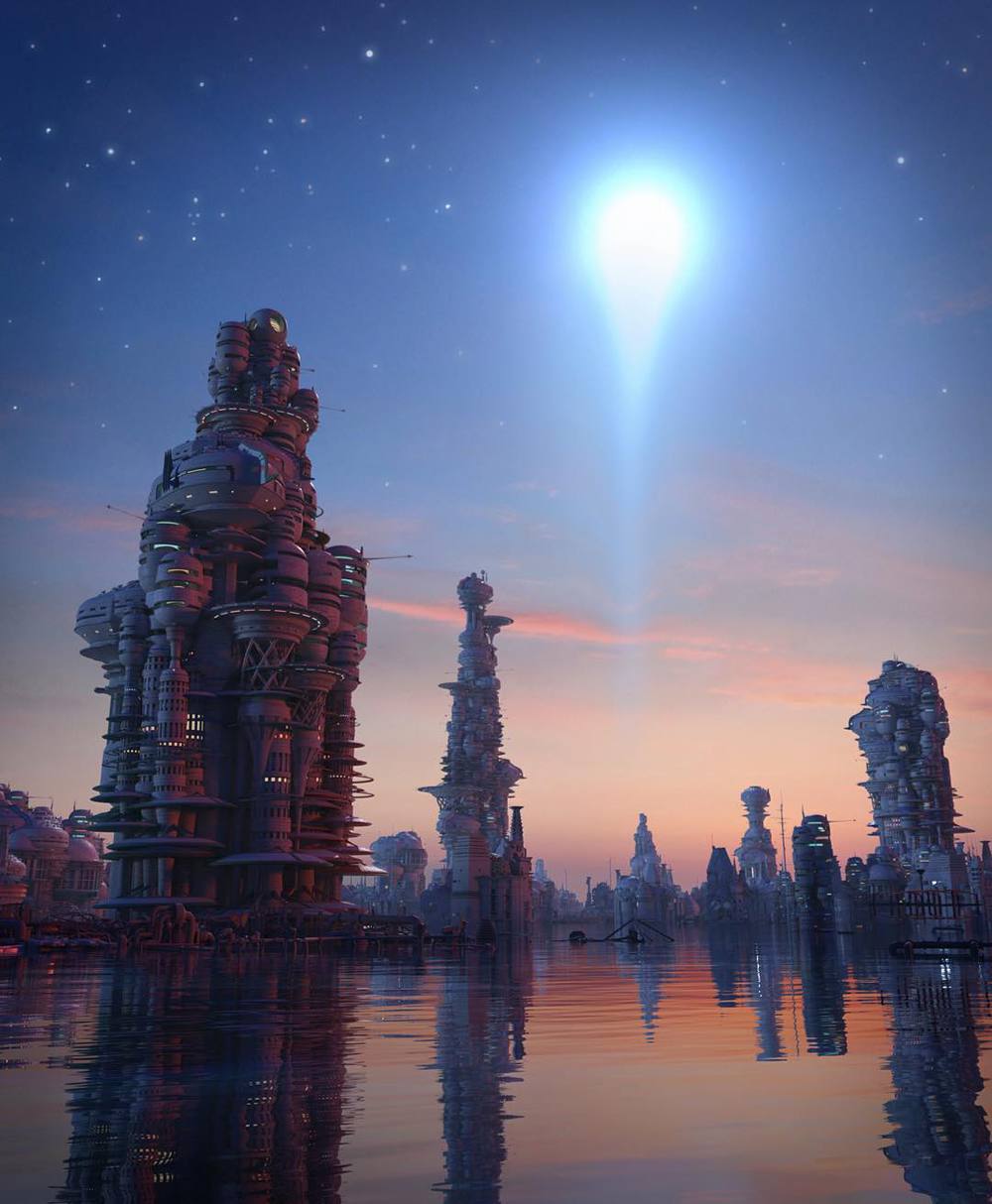 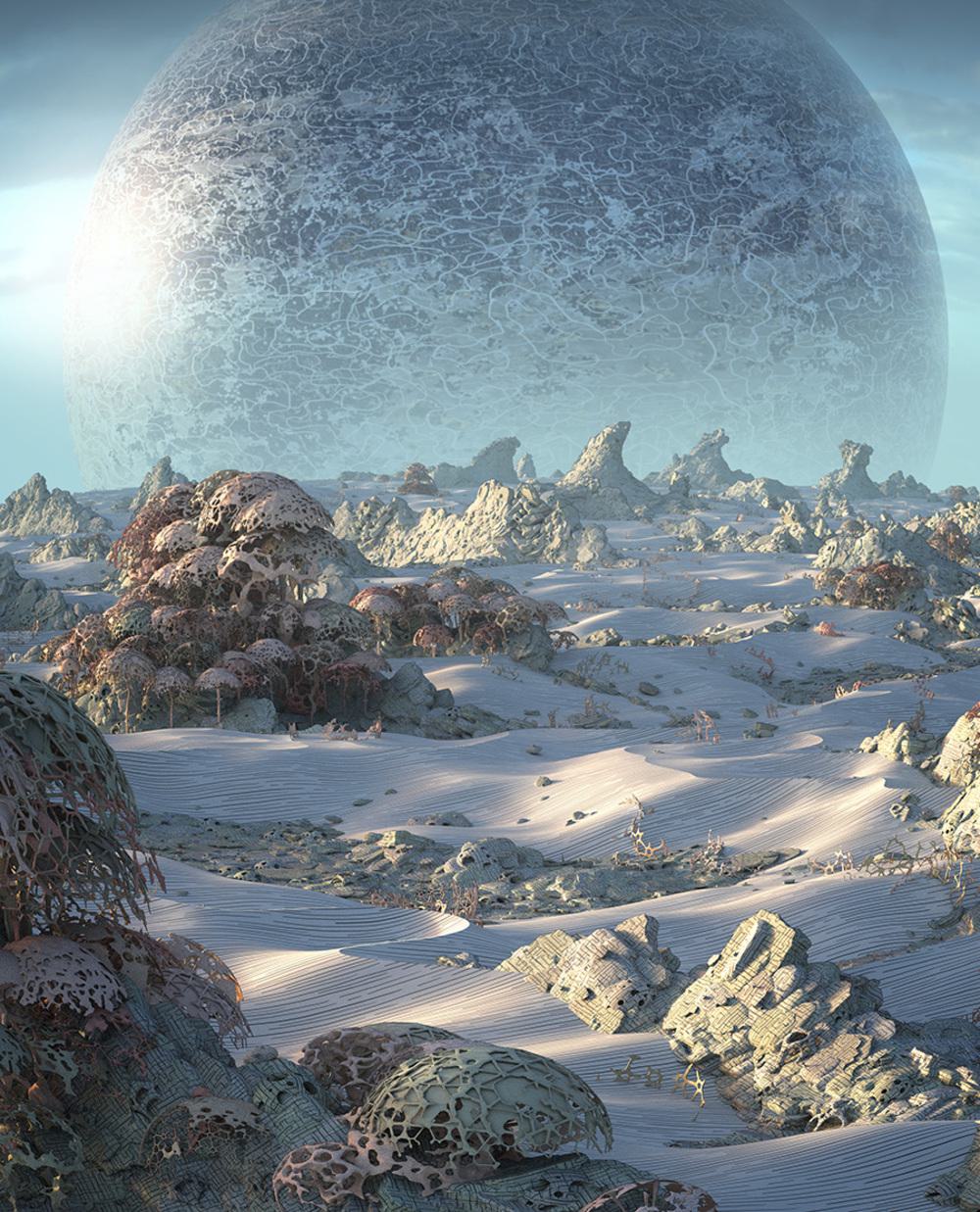 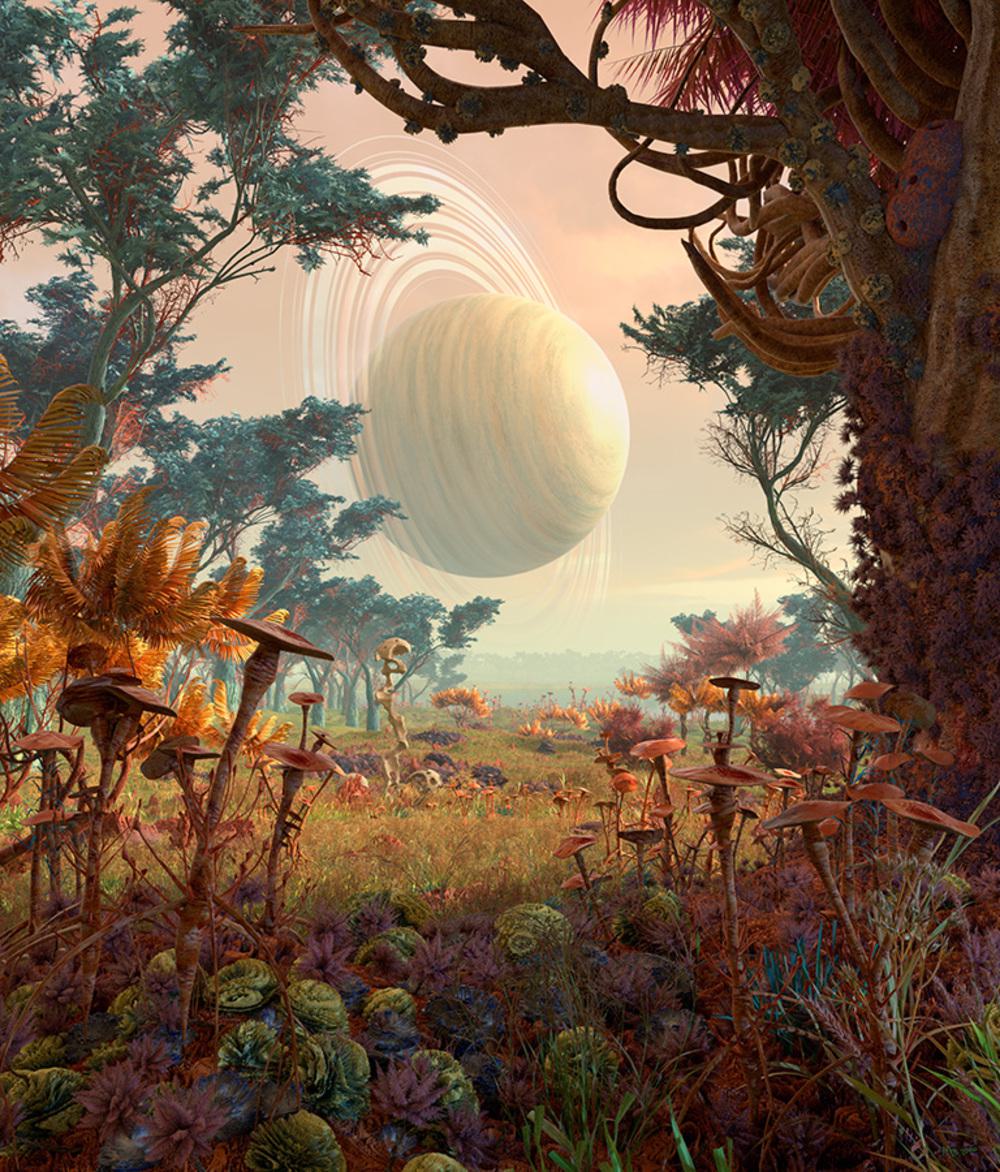 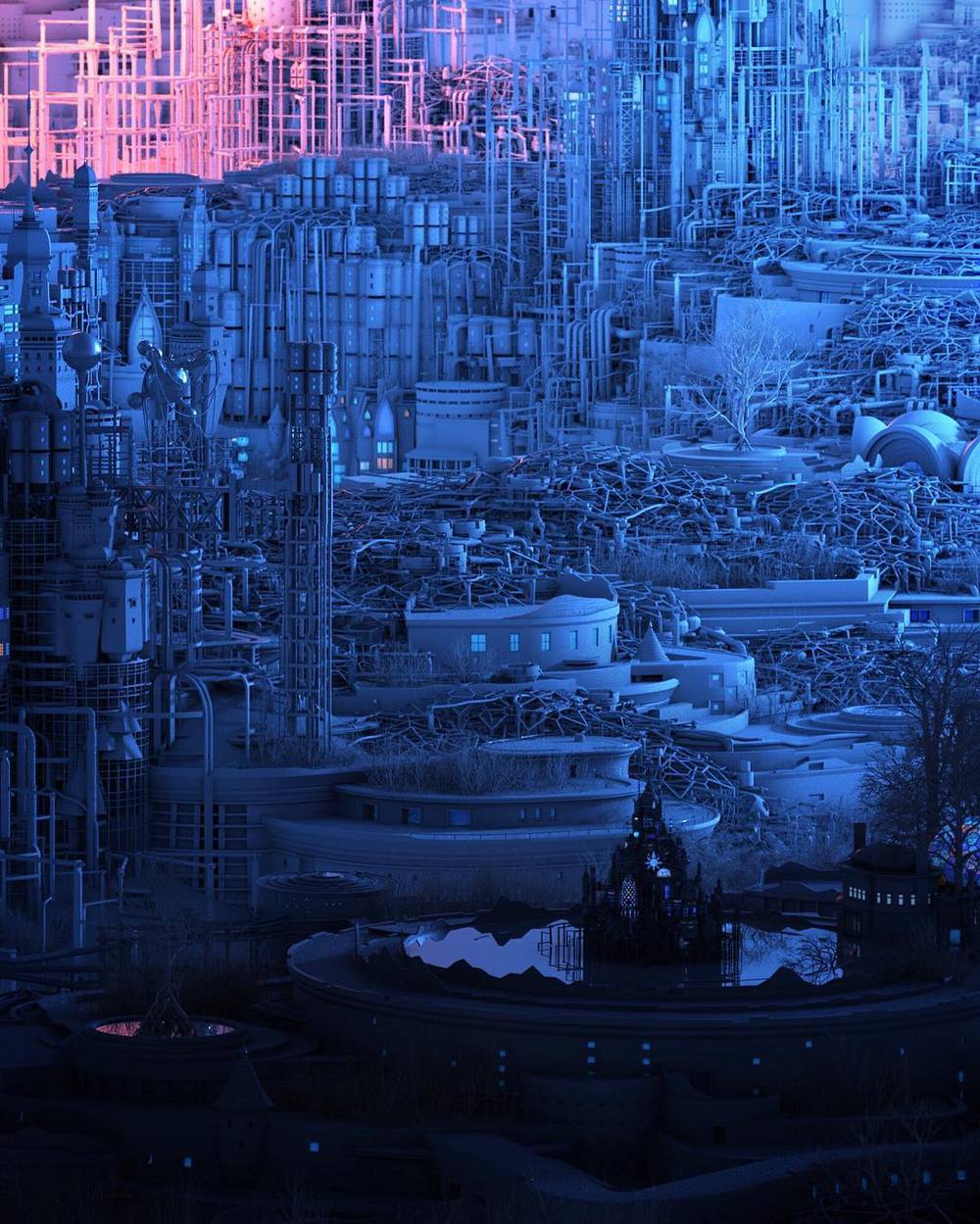 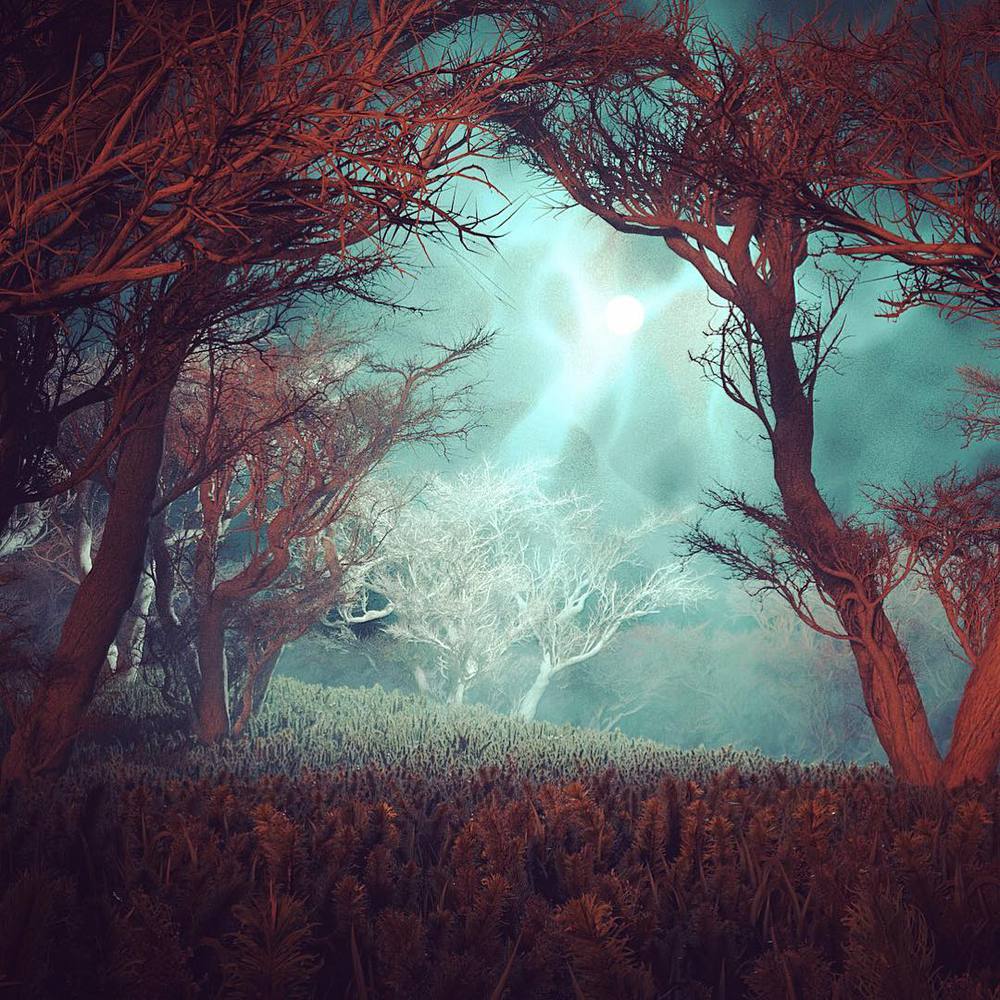