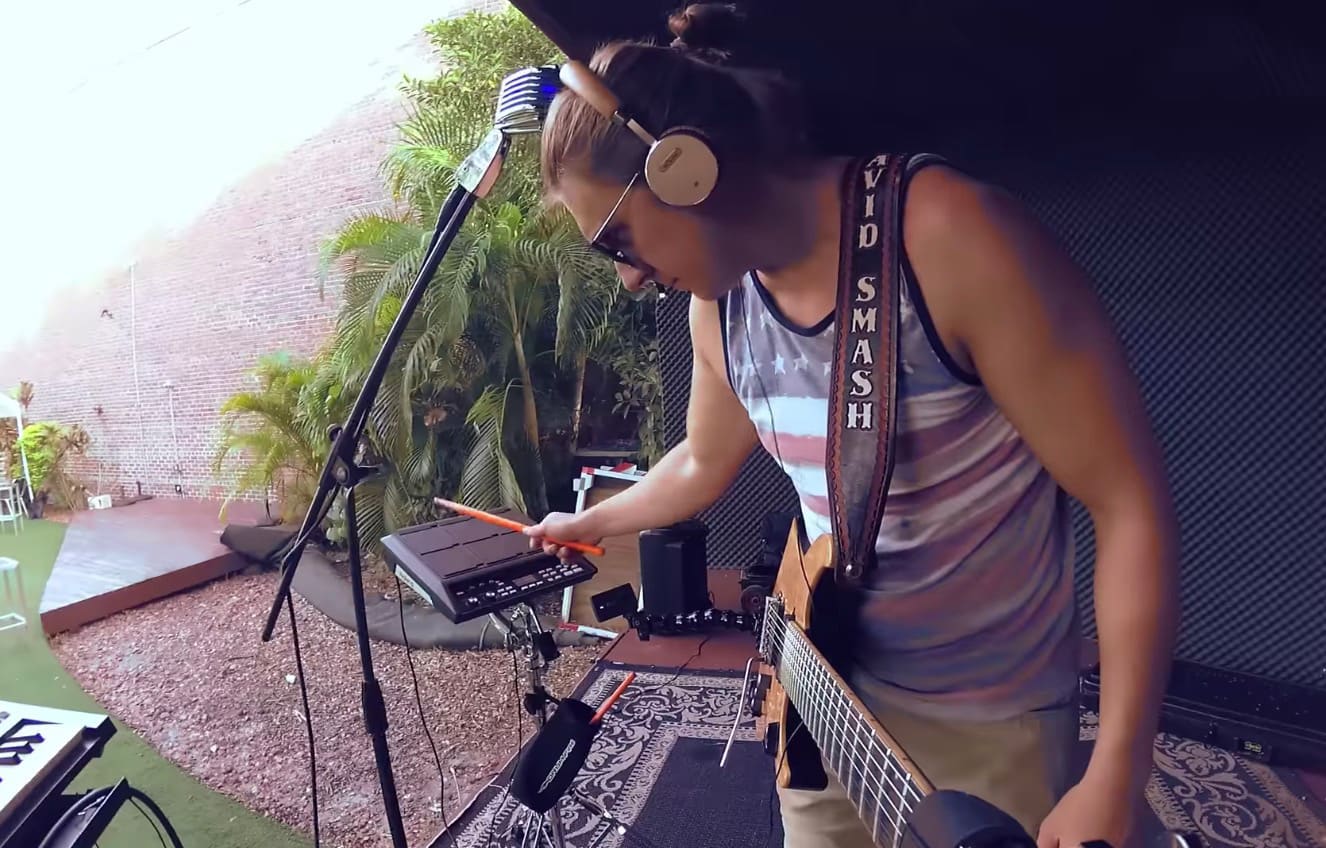 David Smash, aka Døvydas is a musician and songwriter with a gift for the spontaneous. David can play multiple instruments and is known for composing songs in a completely improvised way for an audience in real time.

In the following video, someone in the audience requests a cover of the song “Tender Surrender” by Steve Vai. Anyone familiar with the song knows it is not something you would choose to play on the fly, but this is where a hint of David’s musical talent starts to reveal itself:

“I can play something like that, I don’t know it note for note”.

It’s obvious David was not expecting that request with his immediate response. With some initial hesitation you can see in real time, this artist start to gather his thoughts, formulate a plan and build his confidence up enough to say:

Having the gist of the tune in his head, he begins to build sound by sound and layer by layer. By the time he has finished putting down the bassline, any hint of uncertainty has vanished and he launches into a guitar solo, delivering a captivating and outstanding rendition of the original song and the magic of the moment is not lost to the small crowd who offer their applause and shouts of approval.

When asked about the popularity of his videos on Youtube, David’s reply was both pragmatic and direct, much like his performances:

“I think it’s because it tells a story, as opposed to just being a song. Unlike a typical music video that begins and ends with the song, there’s somebody having a conversation beforehand. There is a joke, there is a plot twist.. and most people watch it until the end just to see how it pans out.”

David would go on to record more live sessions, taking impromptu requests and building up a popular series of “When Someone Requests” videos. Below are a few more examples from his Youtube page.