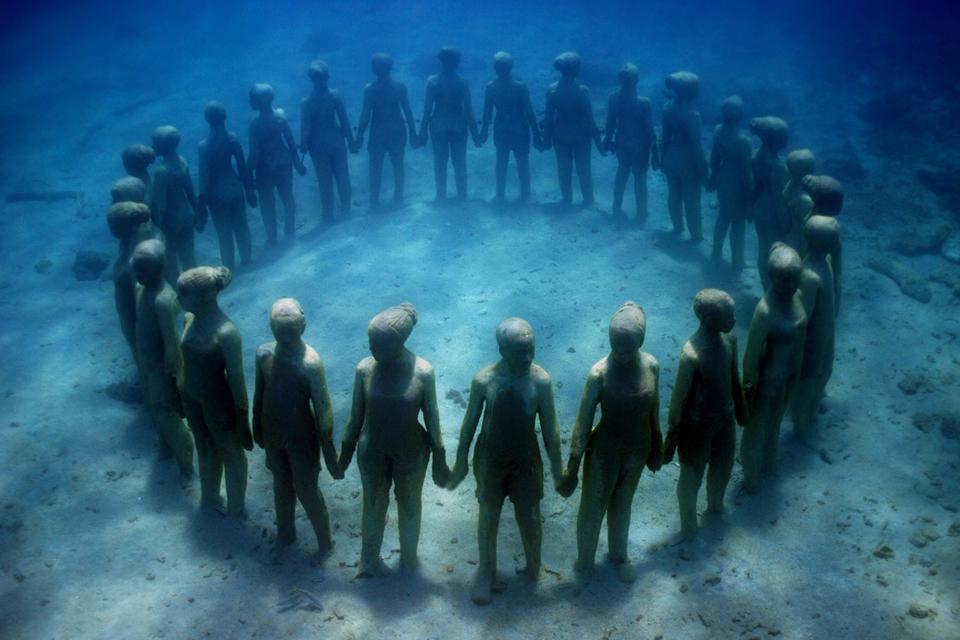 UK sculptor Jason deCaires Taylor has been making waves at the crossroads of art and activism with his ever-growing collection of marine sculptures throughout the world. As evidenced by the dramatic layout and scope of this project, these are no ordinary works of art. Carved from materials that are pH neutral and non-toxic, they invite growth and total integration with the environment. It is Jason’s way of calling attention to the issue of dwindling coral reefs and biodiversity throughout the world’s oceans, due in large part to human intervention and pollution.

The sculptures themselves are strategically placed so as to have the most beneficial ecological impact, creating new homes for crustaceans, coral and vegetation. Aside from its positive effects, this underwater museum has a haunting quality - as if a whole community was frozen in time beneath the sea. It is a clever way to apply a human perspective to a problem that has become all too easy to ignore. In a way, these sculptures are the proverbial canary in the coal mine - a warning to humanity that these issues will eventually affect us all unless we take action.

In his own words:

“The figures are part of an underwater realm that brings forth fantasy and the imagination. Visitors to the various underwater museums who are able to sink themselves beneath the waves can experience the reality of marine life more directly and intimately that a traditional white-walled museum. Unconstrained by gravity their bodies are subjected to the feelings of weightlessness and the cool of the water, while the sounds are muted and visibility reduced and improved with the shifting tide and environmental conditions. These works truly allow you to step out of your daily life and enter an entirely different reality, charged with the notion that it is a reality under threat.” 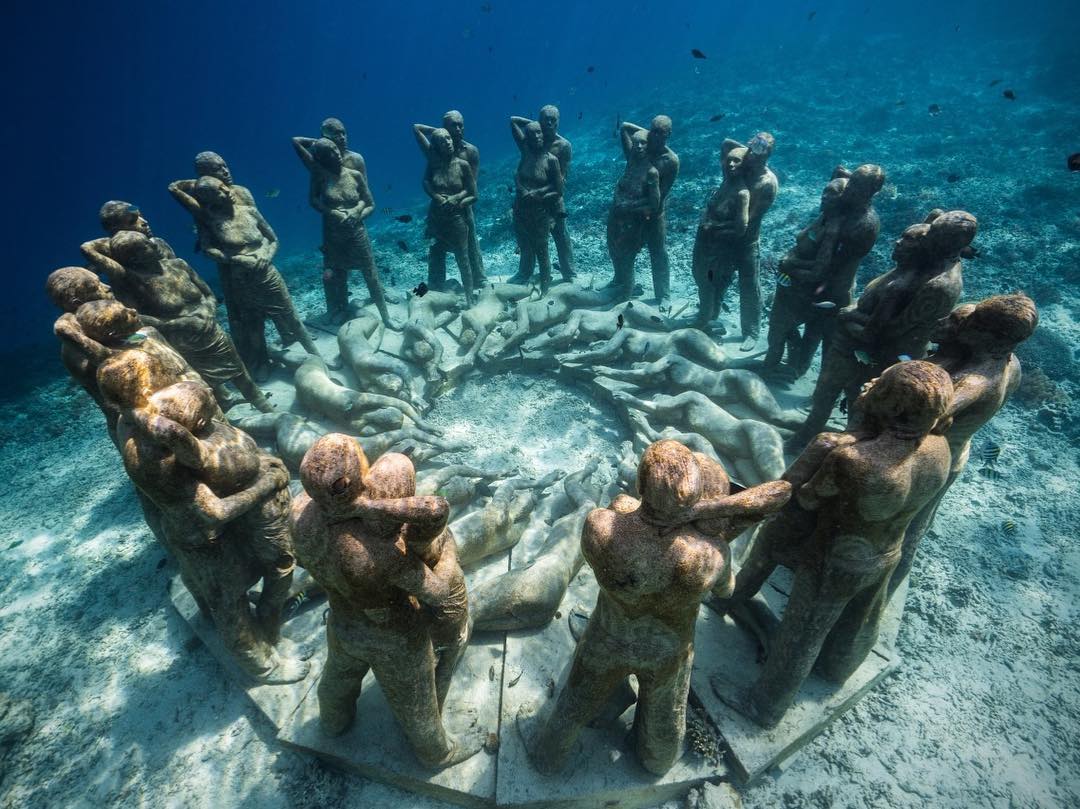 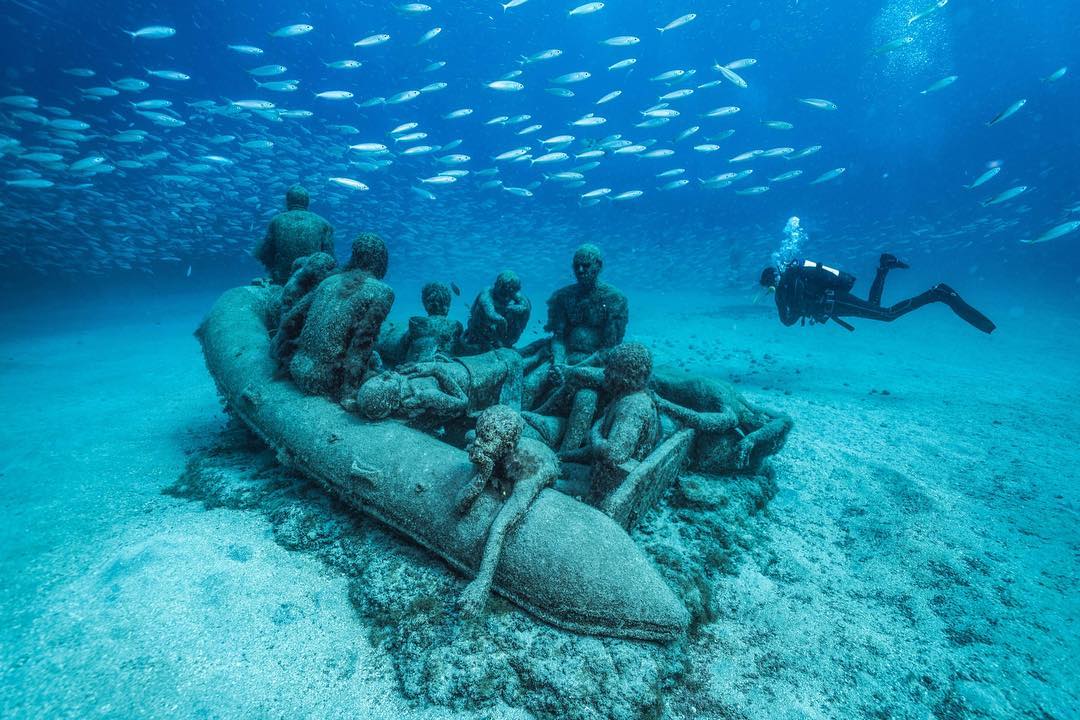 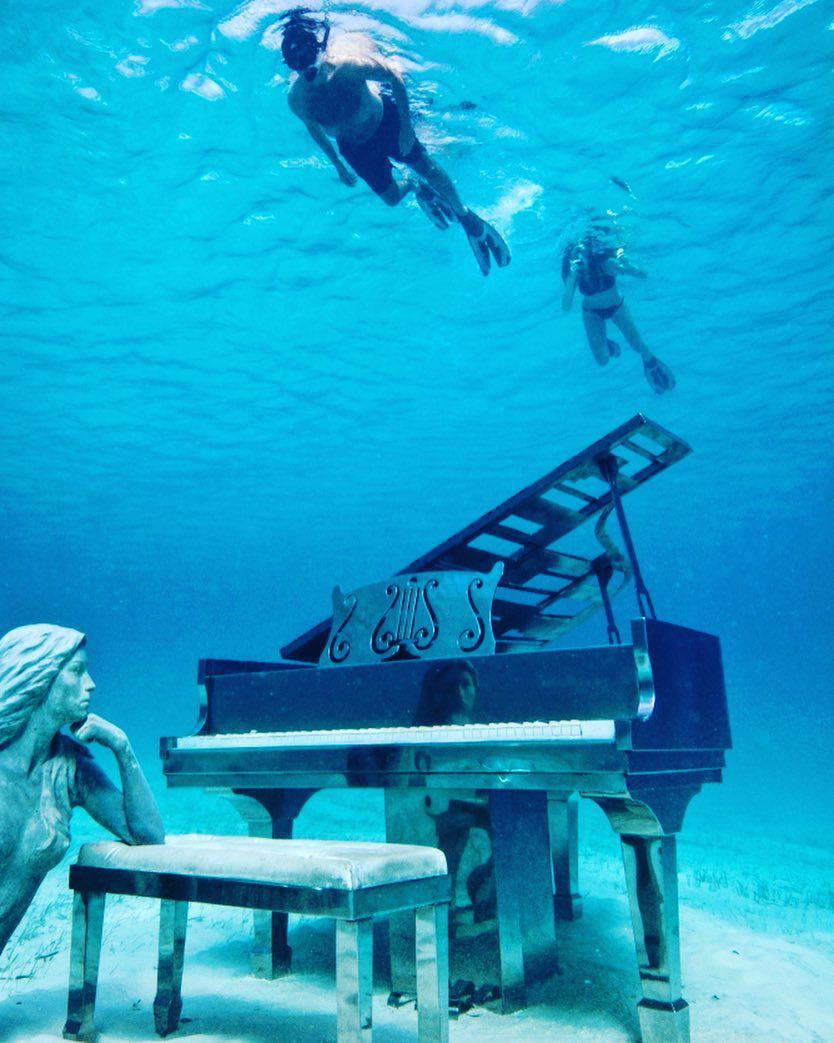 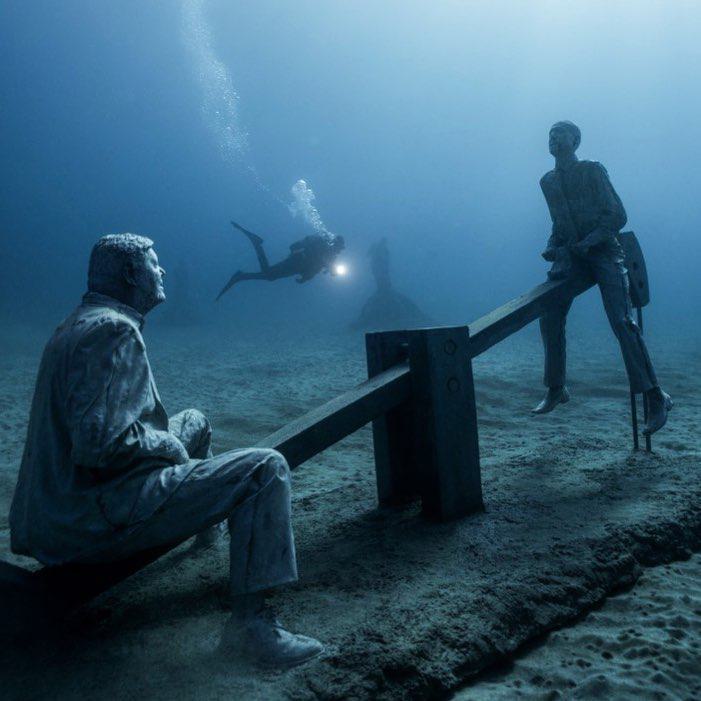 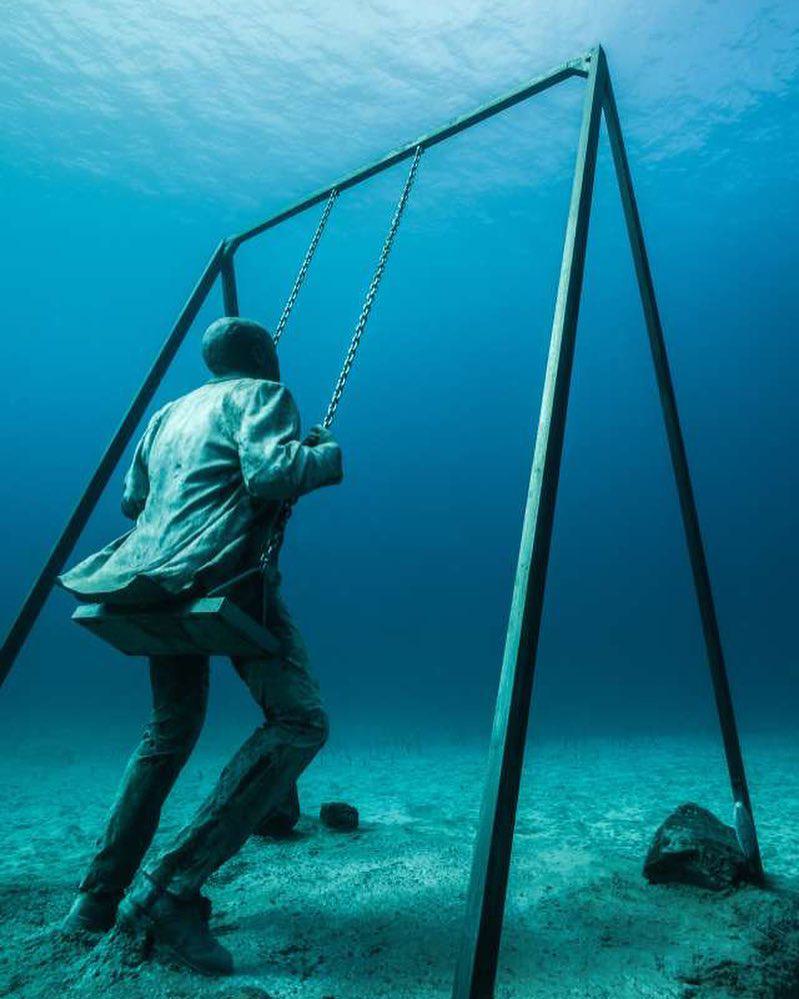 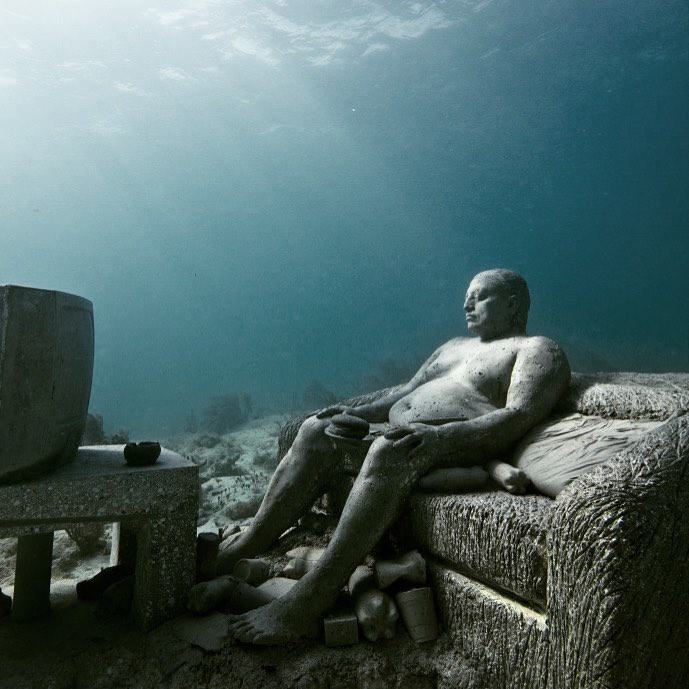 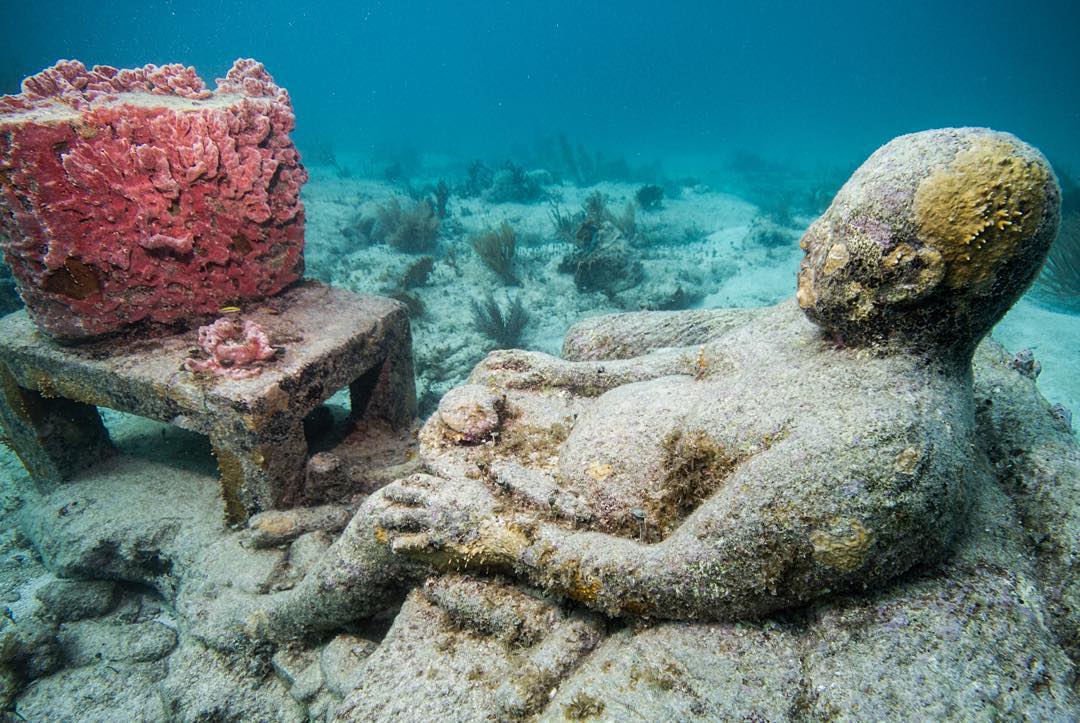 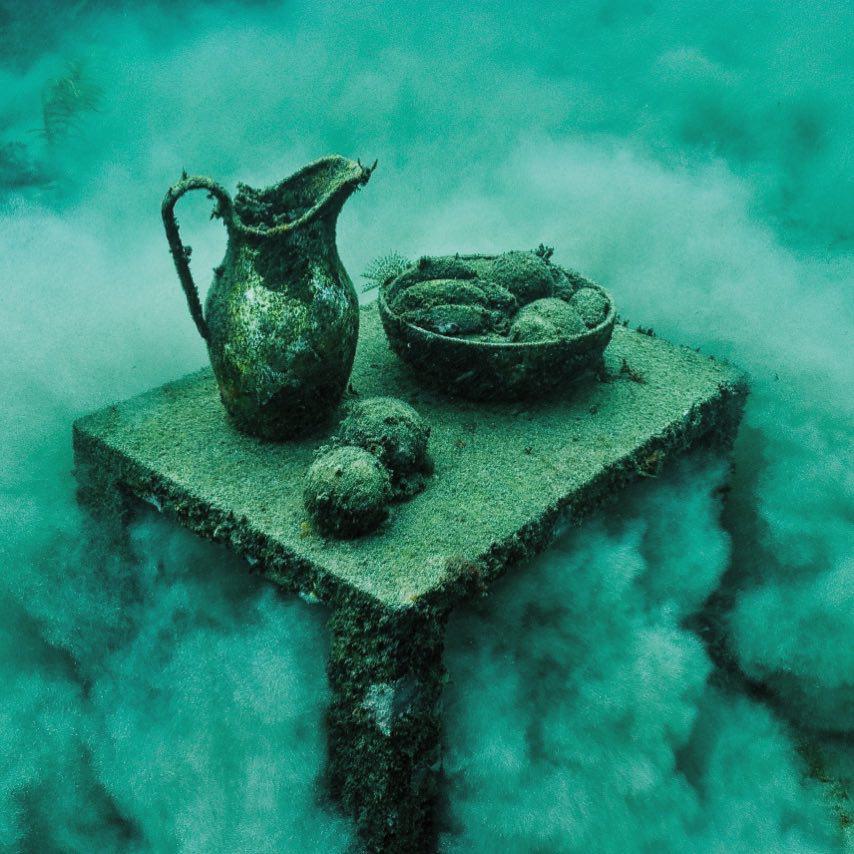 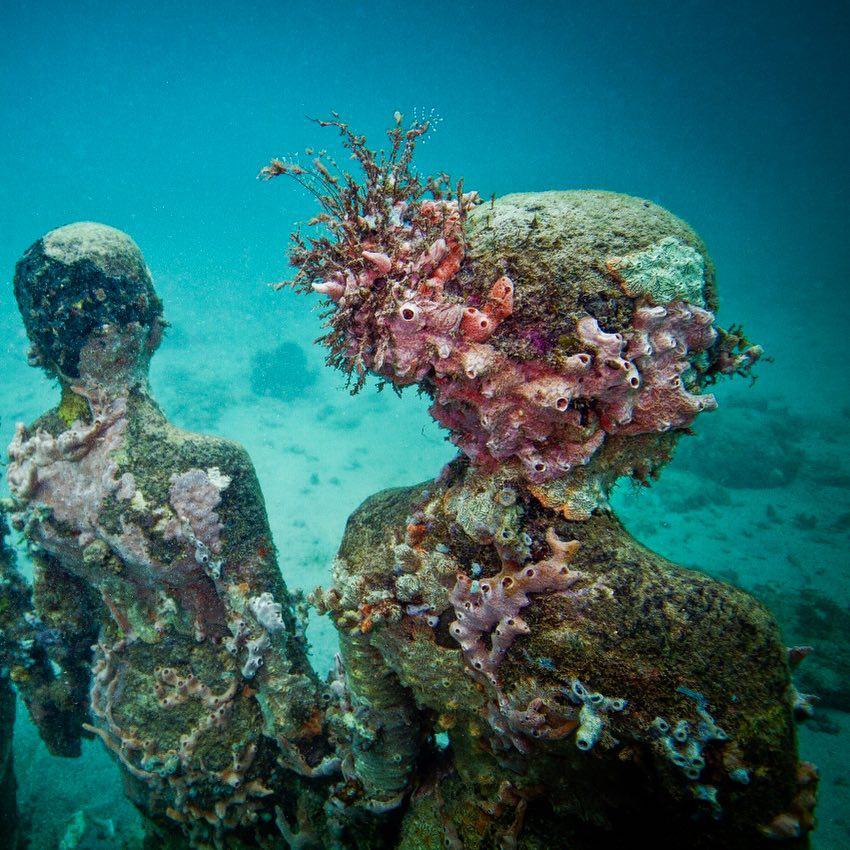 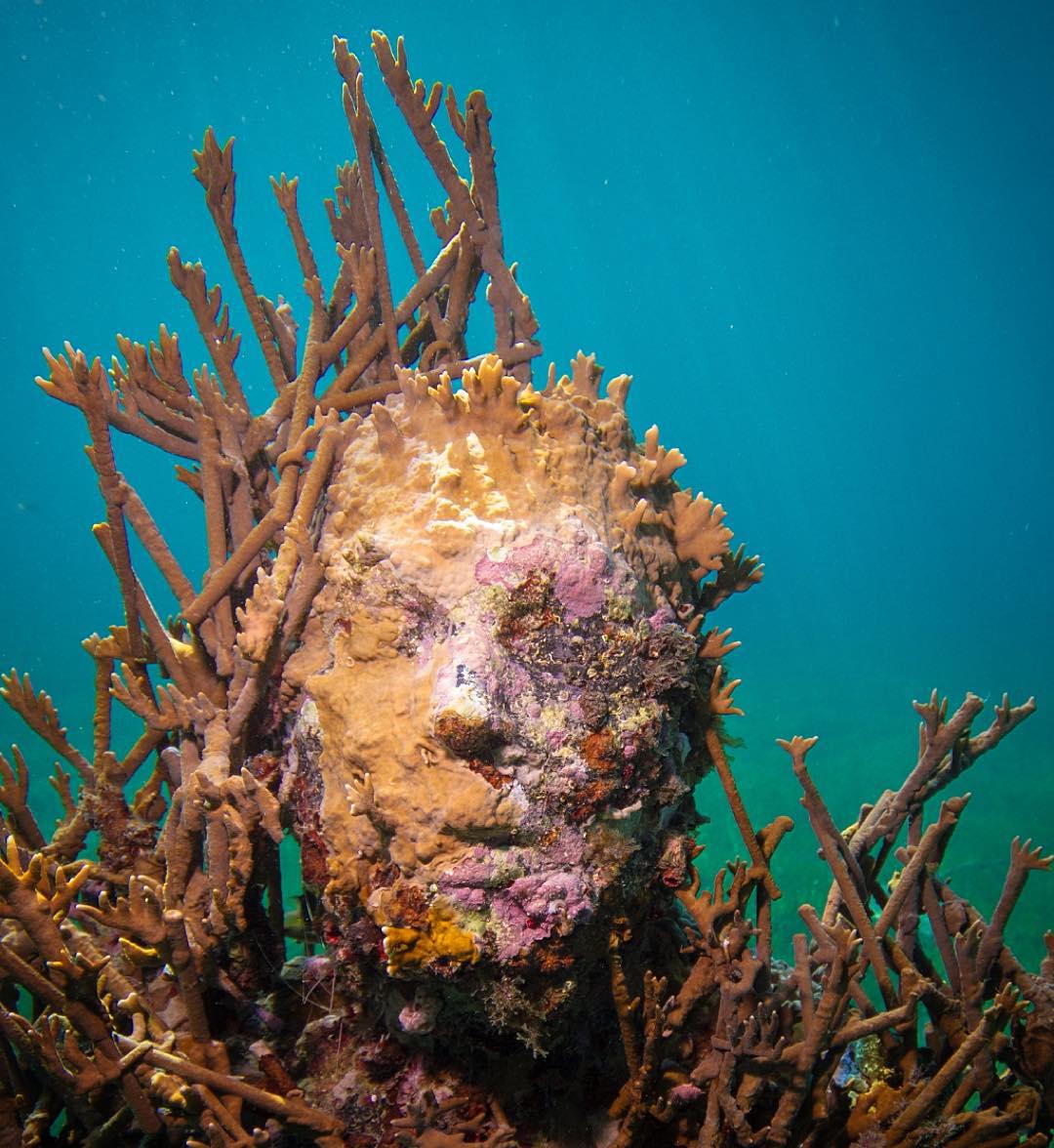 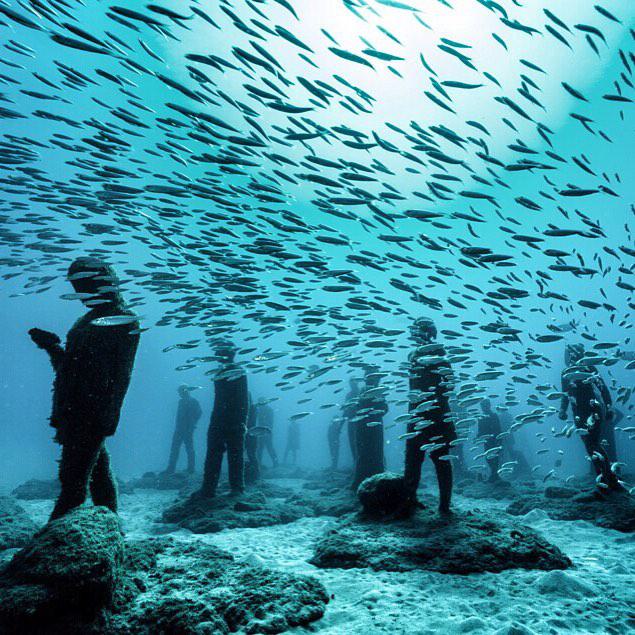 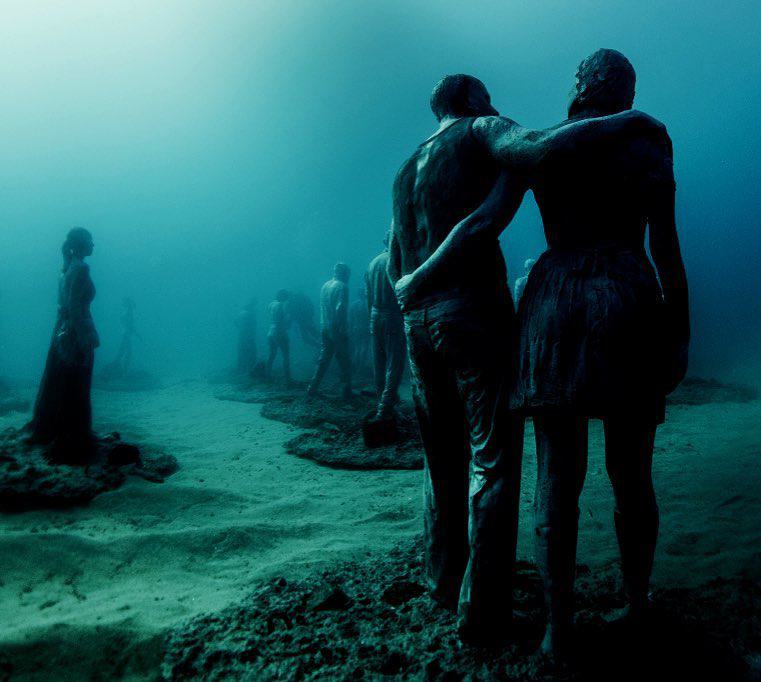 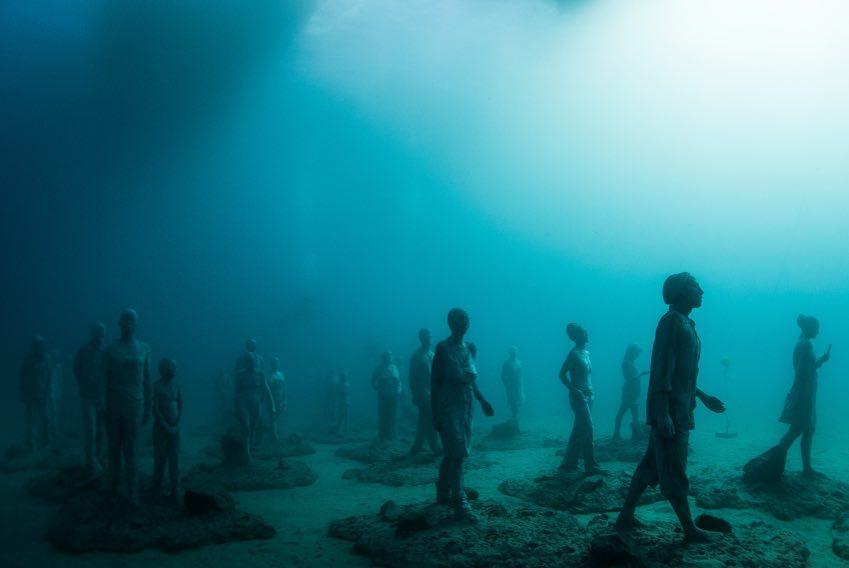 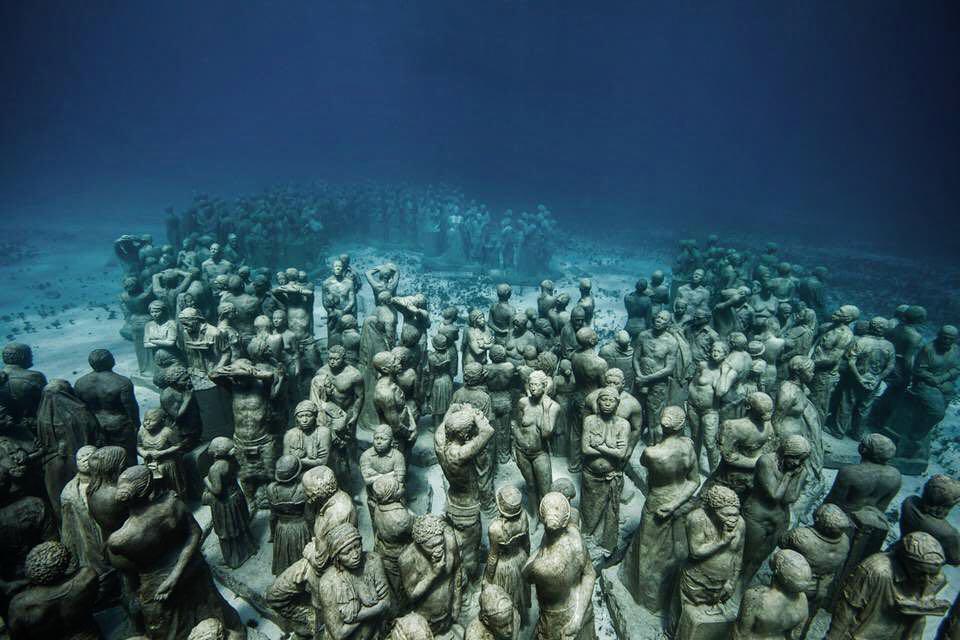 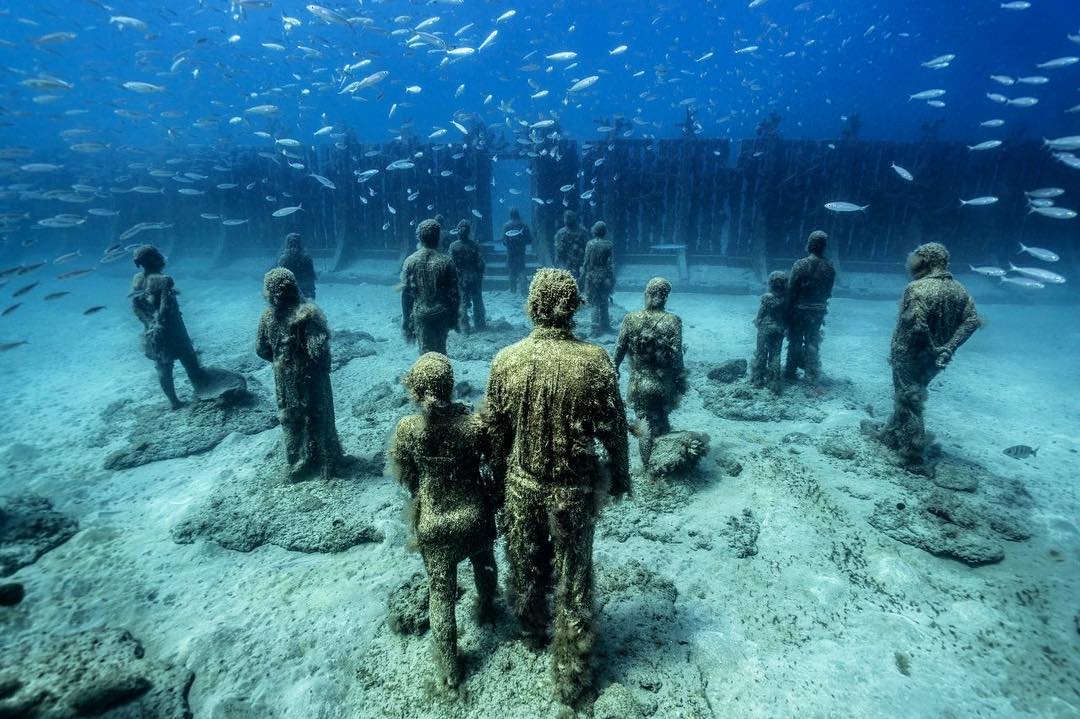 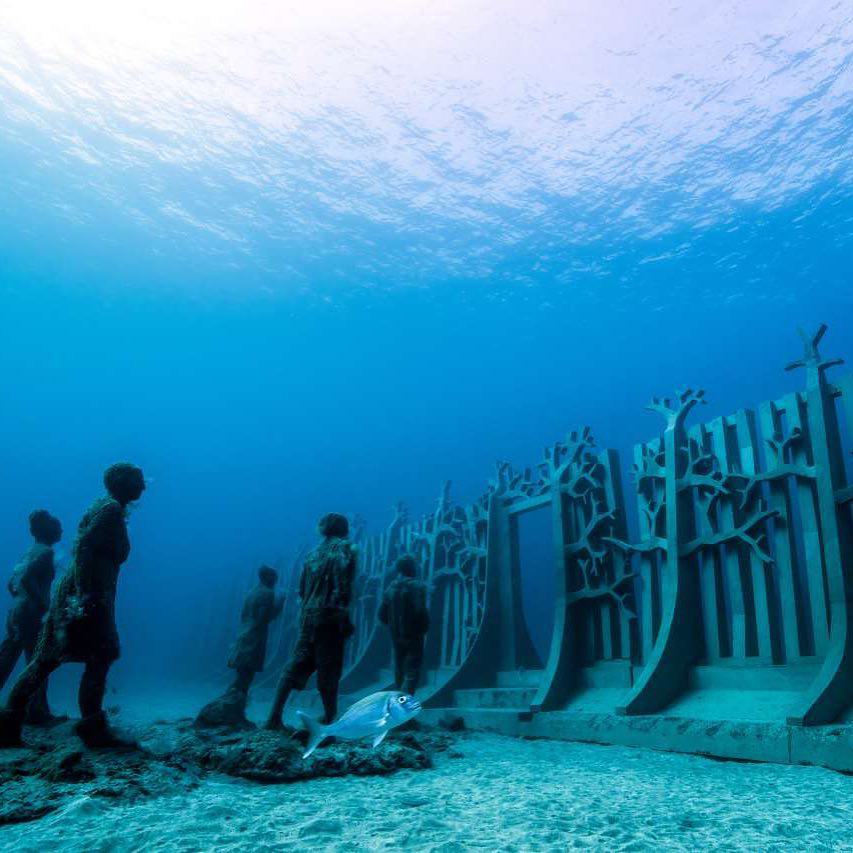 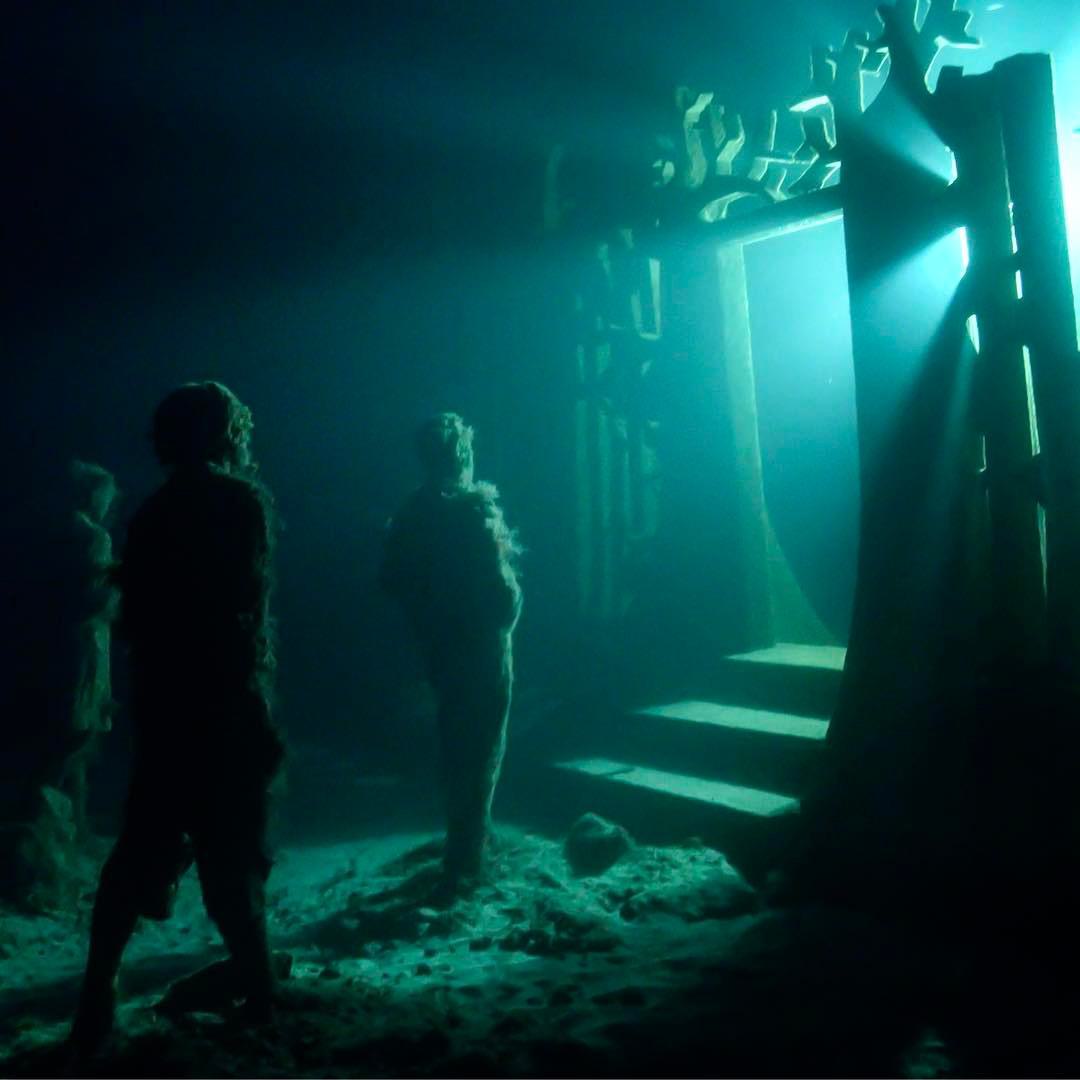