History of the I Love New York Logo

Born from the ashes of crime and mayhem in New York City, the “I Love New York” logo has become probably the most widely recognized non-corporate brand in the last century. A true symbol of peace and optimism, the wordmark was a response to a harrowing era for the Big Apple. The city was still reeling from the impact of the Oil Crisis of 1973 and teetering on the brink of bankruptcy in 1977 when the famous blackout hit, resulting in one of the most chaotic riots in the city’s history. Looting, violence and arson would alter the world’s perception of the “Wonder City”, bringing the tourism industry to a grinding halt as travelers steered clear of NYC’s infamously perilous streets. These were literally dark times and hope was not in abundant supply. Which is what makes this such a special and powerful brand.

Failing to obtain federal aid for the crisis and desperate to turn things around, The New York State Department for Economic Development sought the talents of advertising firm Wells Rich Greene to upgrade the city’s image and make it more appealling to outsiders. The firm built up an elaborate campaign, using the phrase “I Love New York” as the central premise, complete with a song and commercial, but the brand itself had not materialized.

At this point the state department reached out to graphic designer Milton Glaser, founder of New Yorker Magazine, to collaborate with the agency and create a proper visual identity for the campaign. In his meeting with the creative directors, Milton pulled a sketch from his pocket. He had been doodling some rough ideas during one of his many cab rides throughout the city - a place which he sincerely loved despite its flaws and hardships. It was a hastily sketched simple concept, but would set the wheels in motion to create the perfect logo. 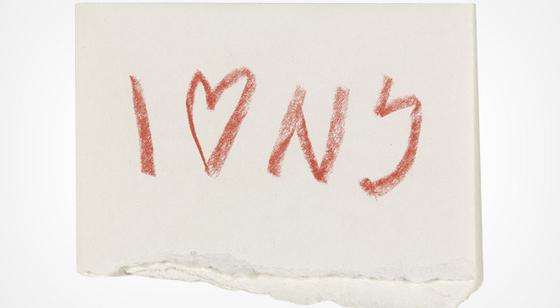 The simplicity of Milton’s proposal would strike a chord with the creative team, who encouraged him to refine the design further. He would go on to stack the logo into a perfect square and opt for the warmth and roundness of a bold Courier typeface to compliment the heart icon.

Even Glaser himself could not anticipate the success this brand would have, as evidenced by this interview with BelieverMag.com

“I thought it was going to go away after a couple of months, and here it is, thirty or so years later and still kicking around. Selling T-shirts in the street and still making a lot of money.”

When pressed for the fact he designed the logo for free in the face of so much success, Glaser puts his money where his mouth is, demonstrating authentic love for his city and a genuine desire to see it rise to its former glory.

“That’s what it should be. You want to do things like that, where you feel you can actually change things. I mean, look, we have such a weird idea of the relationship of design to the culture, but I believe the best people in the world are involved in making things. There’s this talk I give in which I compare the idea of Thanatos and Eros, the instinct towards death and the instinct towards life. And people who make things are on the side of Eros. For the right project, you can get good people—the best people—to work for nothing, which is one of the characteristics of being in the world of Eros—you don’t work for money, but you certainly work for your peers’ approval.” 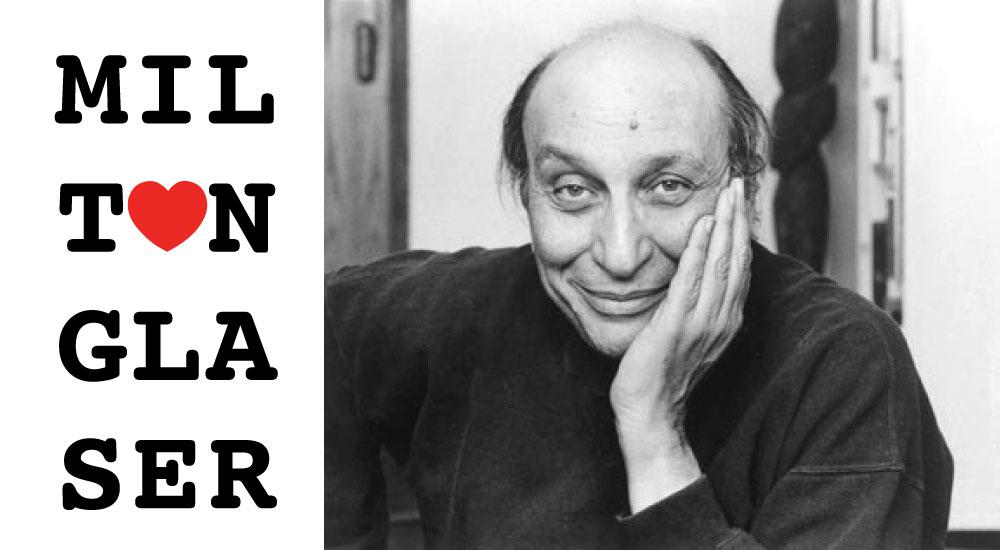 Over 4 decades later, the brand continues to generate an astonishing amount of revenue - well over $30 million annually. A portion of these profits go directly to New York State Empire State Development, the current holder of the trademark. It also continues to inspire a new generation of artists, who have made their own iconic inroads using Glaser’s concept. One of the most famous iterations is this piece entitled “Love Vandal” created by Nick Walker. 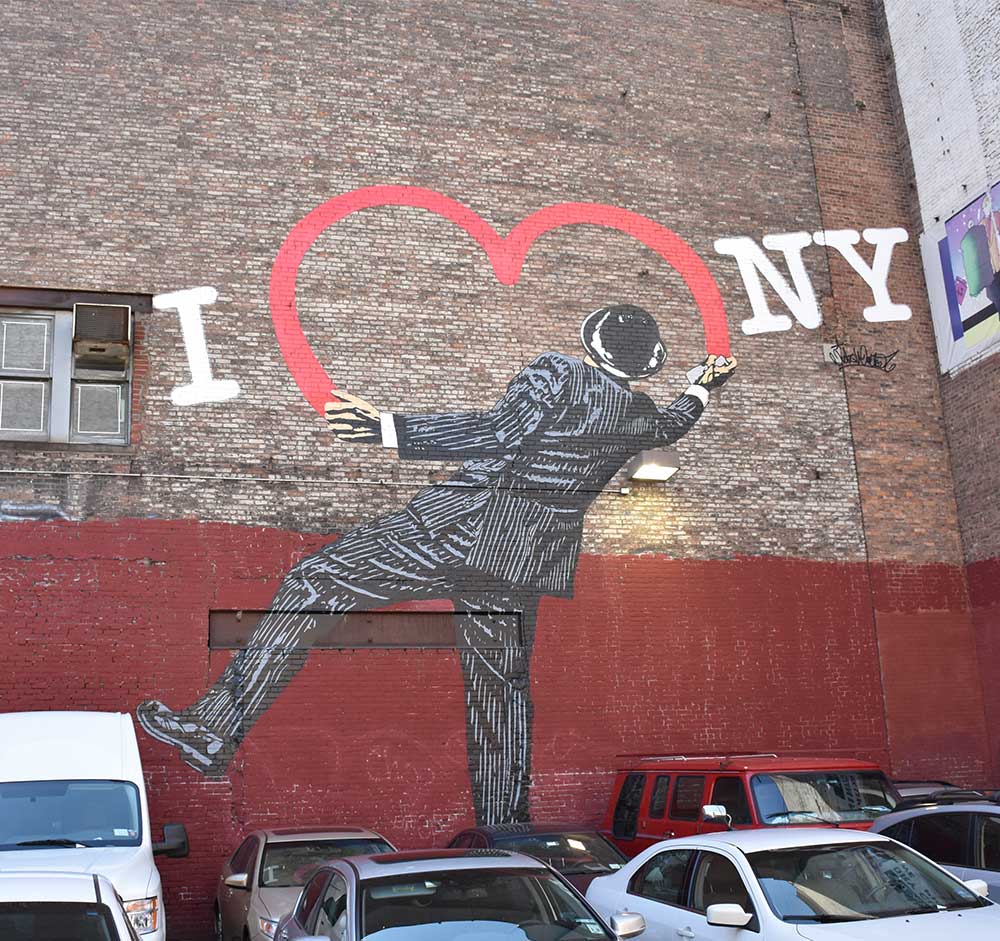 Here we see Glaser’s design reinvented with a bit of stencil art, albeit with a design that is true to the original. The Bristol native has several massive pieces in the city and has been drawn here for some time, swayed by the same siren song that had lured countless artists and dreamers before him. From his interview with StreetArtNews.net:

“Since I was a kid I always wanted to live here. And you know there are certain times in my life when I almost bit the bullet and moved here. The first time I came to visit was the early 90’s I think 1992, and then I came back again, and again, going back and forth. It’s amazing how much it’s changed, but New York still has that weird raw kinetic serendipitous energy, and I think that’s what has always drawn me to this city.”

Much like Glaser, Walker produces these works for no other reward than personal satisfaction and pride in the rich and diverse culture that defines our great city. The endurance and constant reinvention of this brand is a testament to the power of love itself and proof that even in the darkest hours, hope and luck can prevail when even just a few people dare to envision a brighter future, and use the best of their collective imaginations to make that shared vision a reality.

Fine Print Art is an educational independent research publication. The above content has not been officially sponsored by the State of New York.